Teen Travel: London and Paris with Contiki, Part One 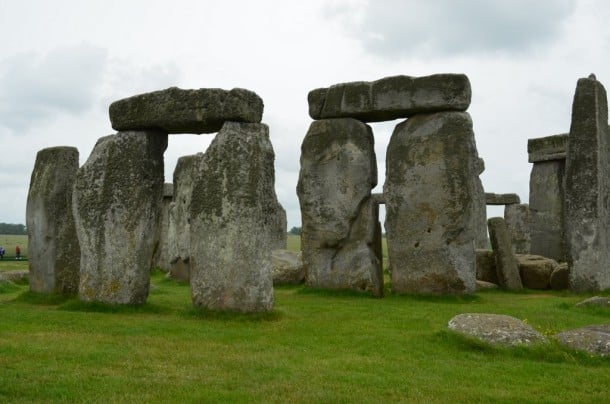 Sometimes, life really does come full circle. Last fall, my teenage daughter was wrestling her way through senior year of high school. While doing so, she expressed interest in traveling to  Europe after graduation.

My husband and I entertained the idea and considered many options. After waffling around and doing research for months we eventually opted for a Contiki Tour after a thoughtful aunt suggested that as the most sensible solution! We thumped ourselves on the head and knew that it was indeed the way to go. My husband and I had both traveled through Europe on tours, so we knew Carolyn and her friend would be on an organized tour, travel in a group, have a fixed price, and cover far more territory than if they were traveling solo.

After calling STA Travel in DC and reviewing the various tour options with  Contiki, we booked Carolyn on the 8 day London & Paris Tour. In a nutshell, it was more than they could have imagined. The girls flew from Seattle to London Heathrow on British Airways and arrived a day early, checking into the same hotel where the tour was staying. They used that day to rest and get their bearings beforehand. When the tour group met and assembled the next day, the speed of the trip accelerated. Dinner with the group that night, and on Sunday morning a bus tour of London and then off to  Stonehenge, Bath, and a tour and tea at the Jane Austen Centre.  The next day was in London and after that they boarded their charter bus and raced towards the ferry in Dover, en route across the English Channel to Calais and then to Paris where they toured the city, took a river cruise on the Seine, traveled to the top of the Eiffel Tower at night, lit a candle at Notre Dame, attended the Moulin Rouge and toured Versailles on a gorgeous summer day. They indulged in macarons around France and savored beautiful raspberry tarts purchased at a gas station near Calais.

Of course,  launching two teenage girls off to Europe was indeed a leap of faith on our part but Contiki added a piece of mind and fabulous structure to the trip of a lifetime. The tour guide was great and the fellow participants, who hailed from worldwide, made the trip so much more meaningful and successful.

The end result?  Memories.  Photos.  Knowledge. Travel Experience. New  friends from around the world.  And, yes, the itch to take another Contiki Tour! Stayed for upcoming posts written by my daughter, Carolyn.

Melissa A. Trainer—A former Assistant Editor at Gourmet Magazine, Melissa is a freelance food and travel writer in Seattle. Her articles have appeared in The New York Times, The Wall Street Journal, The Associated Press, and The Oregonian. As the President of Melissa A. Trainer Communications, Melissa writes content and press releases for companies and associations such as Copper River/Prince William Sound Marketing Association, Duke’s Chowder House, and NW Cherries. She lives in Seattle with her husband and three children and has traveled extensively throughout the Pacific Northwest, British  Columbia and Alaska.

0 Comments On "Teen Travel: London and Paris with Contiki, Part One"