“It takes a lot of beer to make good wine.” – Barry Wiss of Trinchero Family Estates beginning his wine demo on a jocular note.

After getting off the shuttle at The Culinary Vegetable Institute (CVI) in Milan, Ohio, it was hard to know where to begin as a patron of its 7th Annual Food and Wine Celebration. 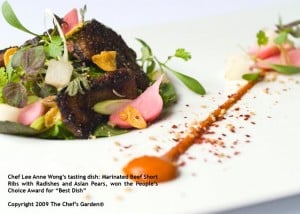 WHICH WAY?
Should I head immediately for the big tents and start sampling the culinary dishes created by more than 30 chefs from upscale restaurants around the county, take in a wine talk and tasting in the CVI’s gorgeous ultra-modern building or stroll the adjacent herb and vegetable gardens, laid out in an intriguing pattern with all sorts of interesting growing edibles?

Deciding to head over to the big tents for some nibbling and sipping, I stopped to take a look at some of the horticultural gems thriving in carefully tended, weed-free plots that would make any dedicated horticulturist green with envy.

“Wow! I didn’t know beets get this big,” I remarked to my sister, Barb, ogling a cluster of bull’s blood, a beet variety that had grown to the size of softballs. Artichokes, colorful leafy spears of Swiss chard, a variety of interesting herbs — all the vegetables seemed to be thriving in the CVI’s fertile plots.

SILENT AUCTION
After seeing what a green thumb (and lots of horticultural knowledge and perspiration) can do, we headed off to a nearby tent where items in the wine celebration’s silent auction were arranged on a long table.

Patrons are able to bid on any items of their choice by signing their name on a sheet of paper in front of culinary-themed goodies. Among the 18 for-auction prizes, I spotted a Paula Deen Package, made up of an autographed Calaphon pan and a small collection of utensils from the Viking Store, a six course dinner for six at the Grand Lakes Resort in Orlando, Florida, a one-night stay at the elegant Palmer House Hilton Hotel in Chicago with a $50 gift certificate redeemable at the hotel’s Lockwood Restaurant and dinner for two at 3030 Ocean in Fort Lauderdale, Florida, along with a signed copy of A Life by the Sea by chef Dean James Max.

CVI
If you’re wondering about the organization that sponsors the annual food and wine celebration, CVI was created seven years ago as a way to interface with chefs across the nation and supply them with the finest herbs, microgreens, specialty vegetables and edible flowers, raised at the farm since the early 1980s through the practice of sustainable farming.

VEGGIE U
The annual summertime event is a fundraiser for Veggie U, CVI’s educational arm, whose goal is to teach fourth graders healthy food habits to enhance nutrition, combat obesity and focus on aspects of sustainable agriculture.

This five-week curriculum provides students with a hands-on kit that includes soil, seeds, flats and a grow light to let them see, hear, taste, feel and experience the process of planting, growing, harvesting – and eating the results. In the 2007/2008 school year, Veggie U placed kits in 2,000 classrooms in 23 states.

THE WALKAROUND
Besides contributing to a worthy cause, my main reason for attending the festival was to enjoy the food and wine walkaround, in which samples of food were served on small plates along with pours of wine from a multitude of world-renowned vineyards, including Coppola Artisan Wines, Grgich Hills Estate, Frog’s Leap, and the Berenger Group. 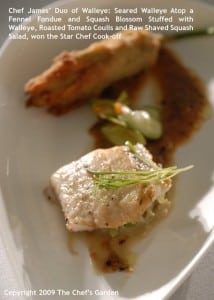 When not munching or sipping on some heavenly concoctions, I managed to catch a wine seminar and tasting titled “Mastering Food and Wine Pairing” conducted by Barry Wiss, vice president of communications and trade relations for Trinchero Family Estates. The hands-on seminar taught participants how to use the basic tastes of sweet, sour, salt, bitter and the recently discovered fifth taste called umami to bring food into balance with wine.

I also caught a food demo by young chef prodigy, Greg Grossman, a 14-year old from Long Island who’s been passionate about food from early childhood and started his own catering company, Culinaria Group, in 2008. A New York Post cover feature on the culinary wunderkind focused on his unique cooking talents and penchant for molecular gastronomy, the science of flavor.

GARDEN TOUR
During my visit, I wasn’t able to squeeze into my agenda a guided garden tour led by Judit Ender, manager of the experimental garden, who led patrons on a complimentary stroll that explored the flavor, usage, taste and growth of exotic and culinary herbs from around the world.

Near the end of the day, I was able to sit in on the Star Chef Cook-Off, an Iron Chef type of format event in which three of the nation’s top chefs battled to determine whose cuisine reigned supreme. The event was emceed by TV celebrity, Fred Griffith, who holds the national record for time on live TV, with more than 13,700 hours, is a member of the Cleveland Press Club Hall of Fame and worked on six cookbooks with his wife, Linda, including their latest release, Nuts.

AND THE WINNERS ARE …
Four celebrity judges picked winner James Briscione, chef instructor from the Institute of Culinary Education in New York City, as the winner for his Duo of Walleye and Seared Walleye Filet atop a Fennel Fondue and Squash Blossom Stuffed with Walleye. Lee Anne Wong (French Culinary Institute in New York City) who also participated in the Star Chef Cook-Off, won the People’s Choice Award for her Marinated Beef Short Ribs with Radishes and Asian Pear. With the same dish, she also took home the Steelite Battle for a Trip to El Bully Restaurant in Barcelona, Spain, considered one of the top restaurants in the world by those in the know.

Each year, the Celebration also stages a live auction of culinary-related items. Just a few that I jotted down on my note pad were a dinner at The Culinary Vegetable Institute prepared by Chef Lee Anne Wong; a dinner at The CVI prepared by Island-style chefs Kenneth Gilbert (currently at Onyx at the Capella Telluride Hotel in Colorado) and Simeon Hall from the Bahamas; a dinner at the CVI with Chef Richard Gras of the Ritz Carlton in Amelia Island, Florida; and a chef jacket signed by all the participating chefs. 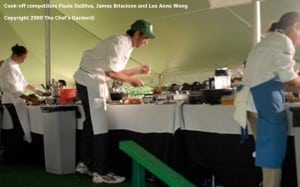 Leaving the event, I ruminated over how exponentially I increased my knowledge and interest in things culinary and honed my appreciation for the folks who produce our nation’s food with an eye to flavor and freshness and sustainable agricultural practices. In addition to enjoying some great food and wine, I also relished the thought of being able to rub elbows with the Celebration’s distinguished cadre of eminent chefs.

IF YOU’RE GOING
The 2010 Food and Wine Celebration at the Culinary Vegetable Institute in Milan, Ohio, is scheduled for Saturday, July 17. For more information or tickets, phone 419-499-7500 or go to Veggieu.org.

For a place to stay, the Hometown Inn at 601 Rye Beach Road in Huron, Ohio 44839 is one mile away from Lake Erie and only five miles from acclaimed Cedar Point Amusement Park, a.k.a. the “Roller Coaster Capital of the World.” Besides offering clean comfortable accommodations, the inn also features an indoor pool, a fitness center, cable/satellite television, complimentary high-speed Internet access and a complimentary Continental breakfast. Phone 866-538-6194 or website HuronHomeTown.com. 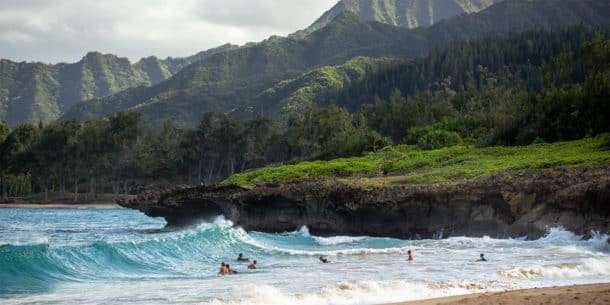 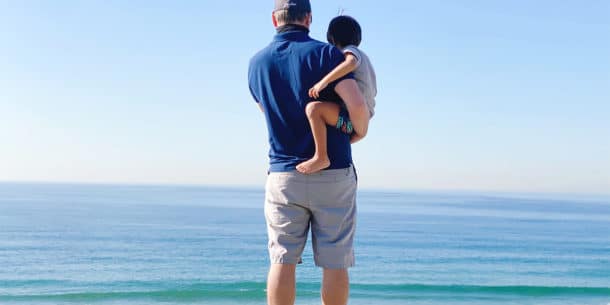 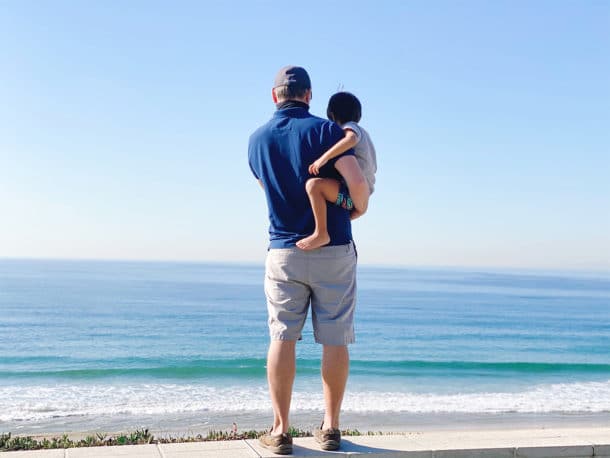 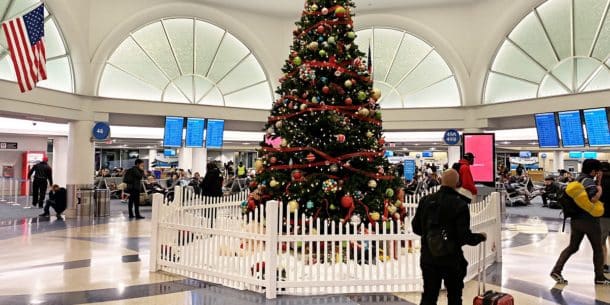