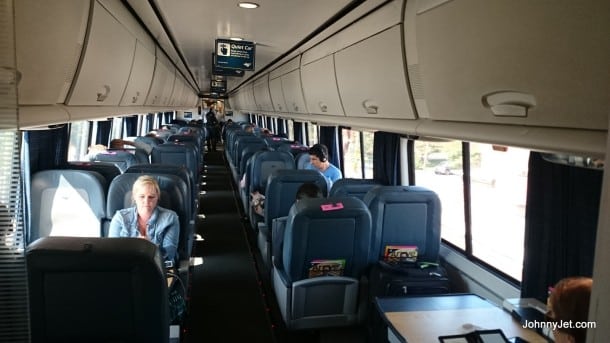 Last week I took Amtrak’s Acela Express train for the first time in a few years and I realized I’d completely forgotten what it was like. I was traveling from New York’s Penn Station (one of America’s worst train stations) to Wilmington, Delaware. Since it had been so long since I’d taken Acela, I actually felt like a complete rookie traveler and ended up making all kinds of mistakes—like getting to Penn Station super early. I didn’t know if I needed to get my prepaid printed ticket stamped in advance or not. I didn’t.

Here are my other observations and experiences:
Acela is a fast train that can travel at speeds of up to 150 mph (only in certain locations). What’s nice is that taking the train to and from New York and Boston, Providence, Philadelphia, Wilmington, Baltimore or Washington DC is so much more convenient than flying or driving. Did you know that it only takes 2:50 to get from New York to DC and 1:07 to get from New York to Philadelphia or 1:30 to Wilmington, Delaware? No wonder so many people commute or take day trips. 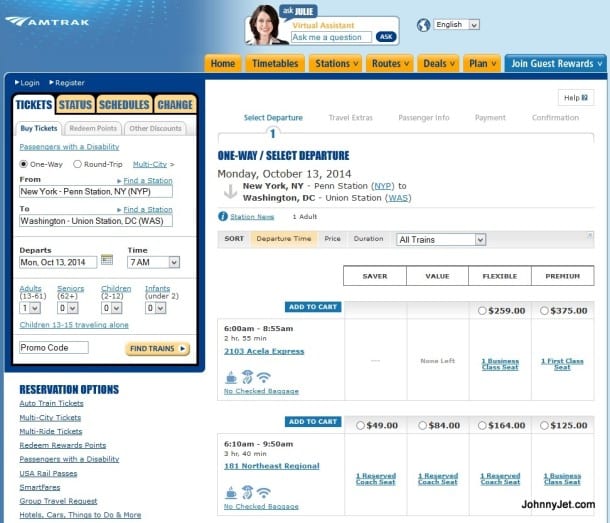 However, it’s not cheap during the week. A one-way ticket from New York to Washington two months in advance is $259 for business and $375 for first (the only two classes offered on Acela). But if you aren’t in a hurry, you can get cheap tickets ($49) on the Northeast Regional, which is frankly just as comfortable and only takes 50 minutes more. See screenshot above.

But many business travelers love Acela because:

What I learned is that:

On the departure leg, the 9 am train, I was in business class and it was great as I had an open seat next to me and in front of me. And we were on time. 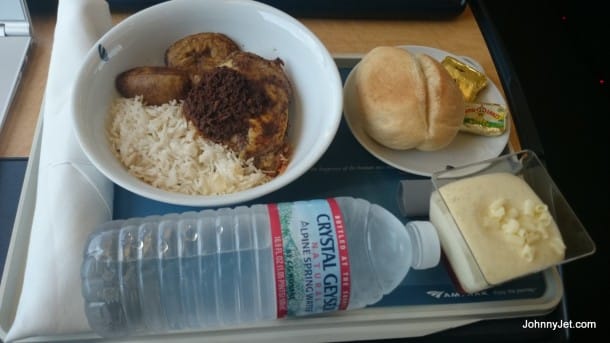 But the return journey wasn’t and that was because of one individual…the conductor. Which was a shame, because the company that booked my same-day return ticket put me in first class so I could relax and enjoy the complimentary in-seat meal and beverage service. The first 10 minutes were great since I was in a comfortable seat with an open seat across from me. The waitress quickly came over and handed me a menu, and then took my dinner and drink order (jerk chicken and bottled water), as well as my ticket.

Two minutes later, I was eating my jerk chicken (it was pretty awful) when the conductor (D. Purvis) came by and said really loudly to me, “Big problem. Your return ticket has been refunded and you need to buy a new ticket before we reach Philly.” I thought he was talking to someone else until I realized he was looking right at me. I was not only dumbfounded but embarrassed as well, as the snooty passengers dressed in suits across the aisle looked at me like, “I knew he didn’t belong up here.”

Then Mr. Purvis stood over me until I called Amtrak to speak to an agent. It took about five minutes with all of their prompts, but it felt like hours with him hovering over me like I was about to eat my free meal and run. This is after I’d already sent inquiring messages to the person who booked my ticket (but didn’t get a reply as they were in meetings).

The conductor then said that the on-site cash price was $261 but it might be cheaper by calling—and that I couldn’t book via the web. Then, the moment I got a hold of the agent the conductor said, “Hang up.” I said, “Excuse me?” “Are you Johnny?” he asked. “Yes,” I replied. He said, “Hang up, you’re okay then.”

He said “sorry,” and started to walk away. I said, “Sorry doesn’t cut it after you treated me like a convict and gave me an upset stomach over you getting my ticket number wrong.” He looked at me like I was crazy and walked away, while the other passengers gave me the nod like I was right.

I was fuming for a few minutes but then I realized—why was I so mad? I should have been happy because this guy just inadvertently prevented me from eating the horrible chicken, stale bread and fattening pudding that I would’ve eaten just because it was there. Thank you, Mr. Purvis, and please, next time, doublecheck your passengers’ tickets before making them feel like a hobo.

Would I take Acela again? Absolutely, as long as someone else is paying. Otherwise I would take the Northeast Regional train since it’s a quarter of the price in advance and you don’t have to deal with airport security, small planes and weather delays. 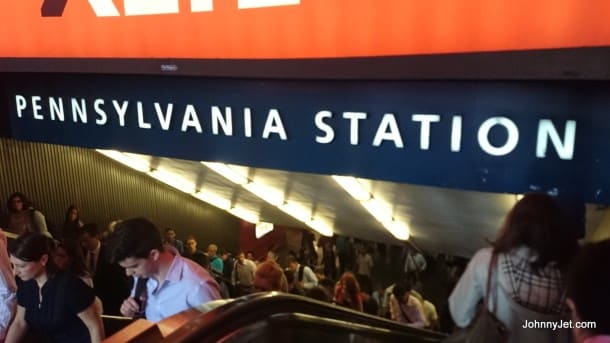 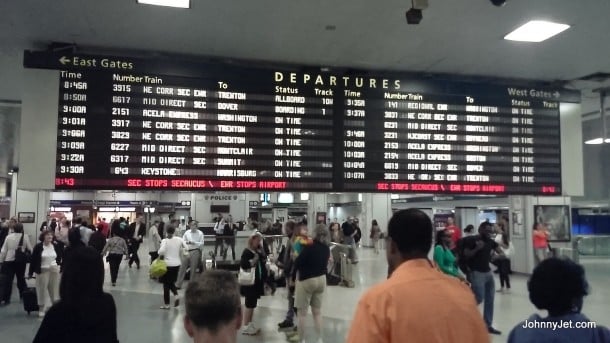 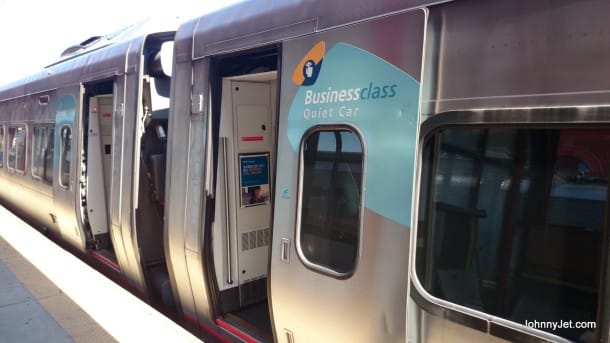 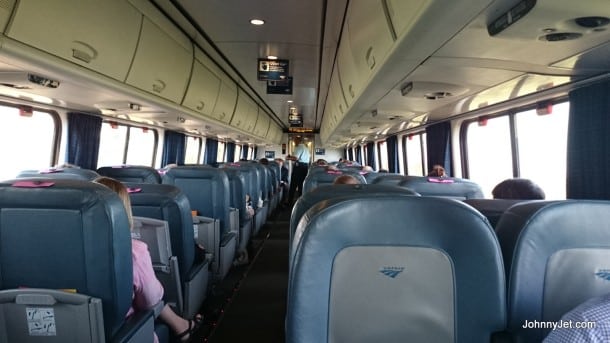 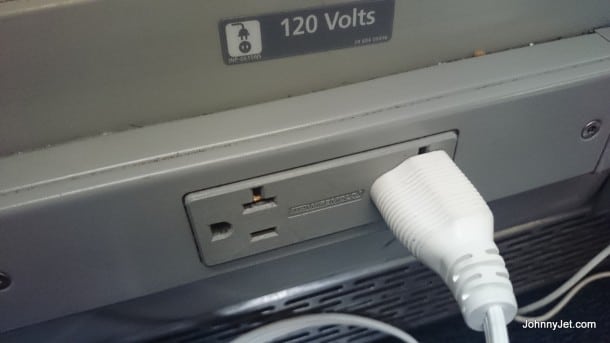 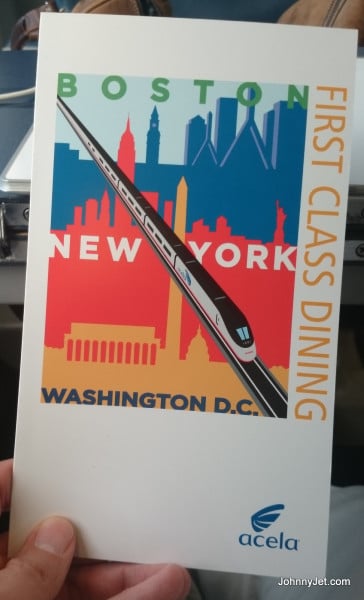 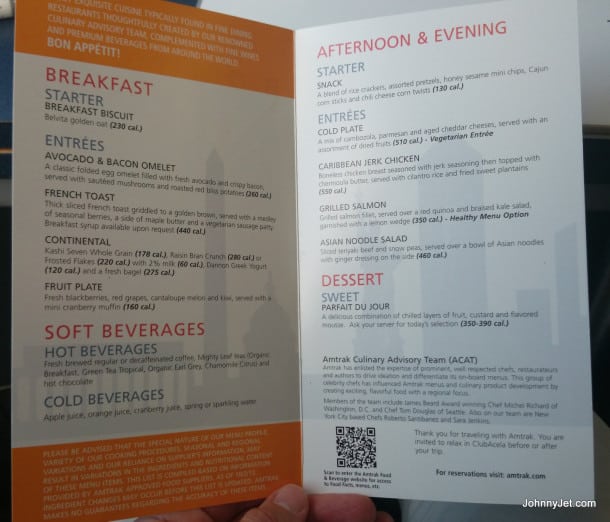 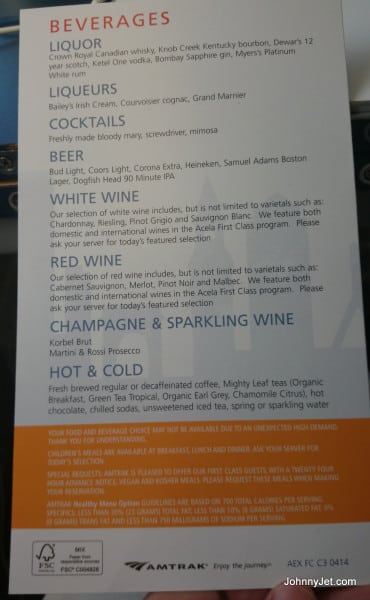 34 Comments On "The Good, Bad and Ugly about Taking Amtrak’s Acela Express Train"