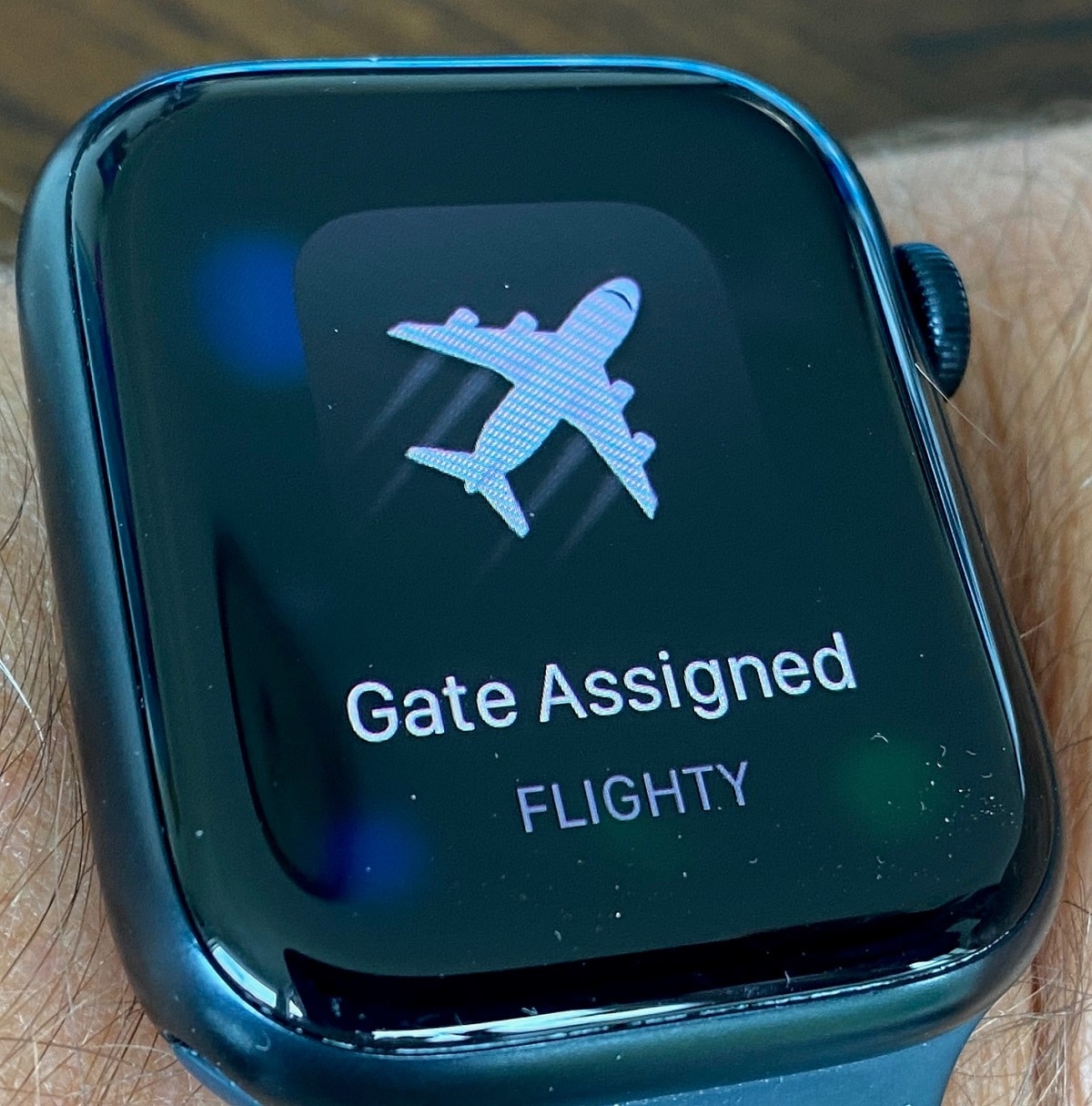 I have a new favorite flight tracking app (only available on iPhone). You might have heard me mention the relatively new flight tracking app Flighty in the past but it was just in passing and briefly because I only used it once. The free version is not very good except you get Flighty Pro on your first flight (it’s totally free without a trial or credit card). So I didn’t get a real sense of how it worked until now.

The CEO and founder, Ryan Jones, was kind enough to give me a promo code for the paid pro version ($5.99 per month or $49.99 per year) and informed me they started building the app in January 2018.

Ryan told me they “were in beta with 100 pilots and crew for 1.5 years. They gave us feedback because they fly super often we needed people actually on the ground taking flights to be certain the data was not only fast but also accurate. We launched in August 2019… which was a lovely 6 months before the world ended. But actually during the COVID slowdown we had 6 months of feedback from even more users, so we got 1.5 years to even further improve. Then things really came back to life in Feb 2022.”

What makes this flight tracking app better than the others is it’s not only beautifully designed but it gives you all the information you want when you travel and will alert you when the flight path is loaded, the gate is assigned, when pushback is, arrival and baggage claim information and of course, if there are any delays or cancellations. 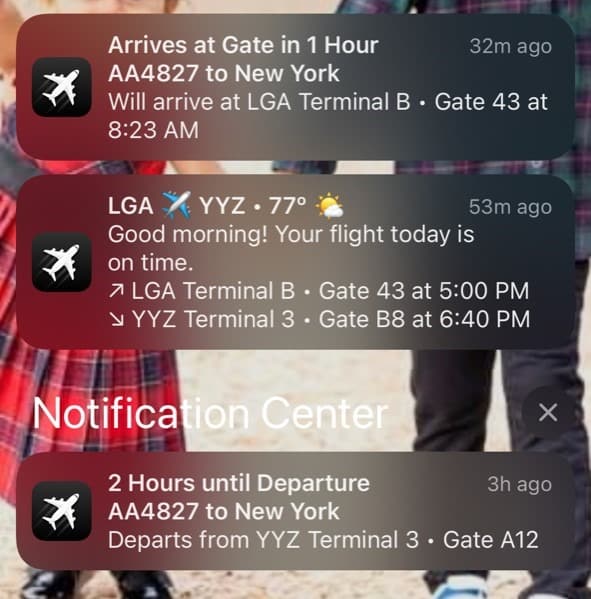 It also shows users the breakdown of the total travel time from taxi on the tarmac time to actual time in the air. What I also love about the pro version is that it gives you the ‘Arrival Forecast” which has nothing to do with weather. Instead it gives you the percentage of your flight’s on-time performance over the past 60 days. For example, the breakdown for flight AA 4824 from New York to Toronto is as follows: 23% Early; 19% On Time; 10% 15minutes late; 13% 30 minutes late; 35% 45 minutes or longer late; 0% canceled and 0% diverted. See screenshot below. 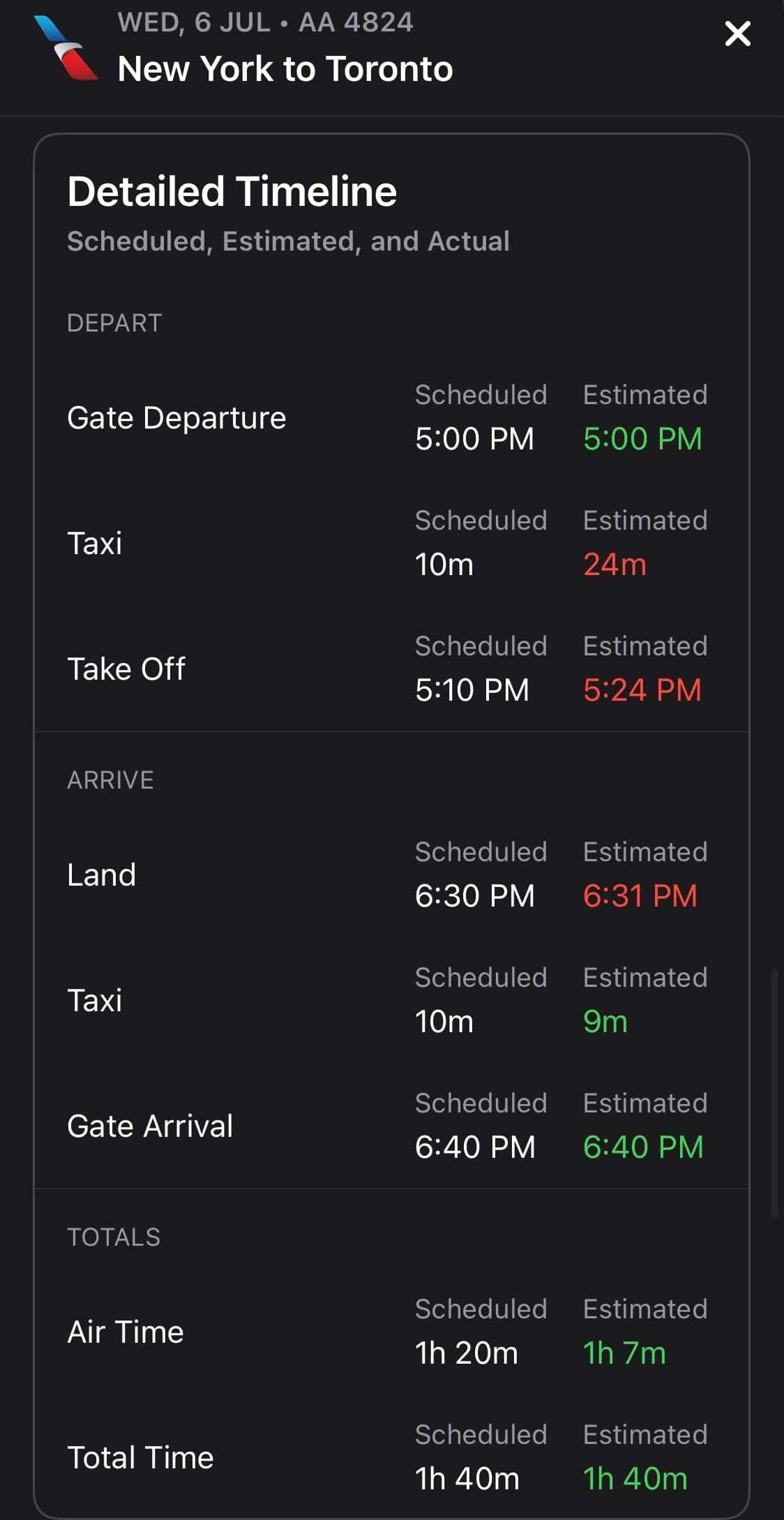 That’s all great information to have. By the way, Flighty also does give you the arrival weather and the time zone change if there is one.

Pro users can sync friends’ flights, use their proximity radar to show planes flying nearby, see the ground radar to watch taxiing and nearby planes in real-time and do it all on a 3D globe to see your flights in a new dimension.

It’s not only great for travelers but for friends/family/colleagues who are picking people up at the airport since it gives so much detail including the actual estimated time of the gate arrival.