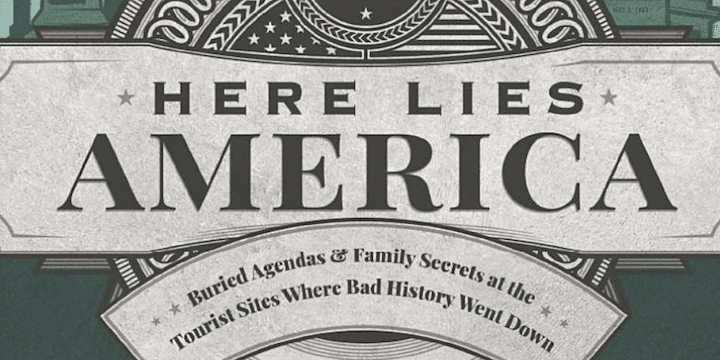 If Jason’s name looks familiar to you, it might be because he’s the editor of Frommers.com and co-hosts the weekly Frommers Travel Show on WABC in New York City. Jason’s also been a regular writer for Travel + Leisure, the New York Post, USA TODAY, and The New York Times. He’s also been on staff at Entertainment Weekly, Budget Travel, and AOL Travel (as executive editor). Jason’s books have twice won “Guide Book of the Year” in the Society of American Travel Writers’s Lowell Thomas Travel Journalism Competition and once from the North American Travel Journalists Association. 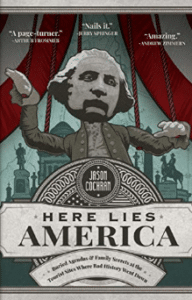 “Here Lies America is a fast-paced, hilarious travel narrative in which Jason Cochran visits the major American tourism attractions that exist because something really horrible happened there. He romps through disaster zones, battlefields, terrorist attack sites—as long as it has a parking lot and a gift shop, he put it on the itinerary, no gravestone unturned. Along the way, he takes a look at the motivations of the people who installed the monuments, and when he pauses to seek the meaning behind the early demise of one of his own ancestors, he uncovers a tragic race-based murder plot that had been buried for a century.

“This is an American journey that could only be undertaken in our turbulent times, celebrating the absurd while surveying the country’s teetering patriotic mythology from a healthy position on the margins. Jason chases newspaper clippings in dusty archives to inscriptions on rusty plaques to get to the truth, and in doing so, creates a moving miniature portrait of what it really means to be an American: what’s ‘fact,’ what’s ‘history,’ and what really matters.”

“Here Lies America” has received some glowing reviews from some of the biggest names in travel (and Jerry Springer!):