Travel Book of the Week: “Lost and Found in Spain” by Susan Lewis Solomont 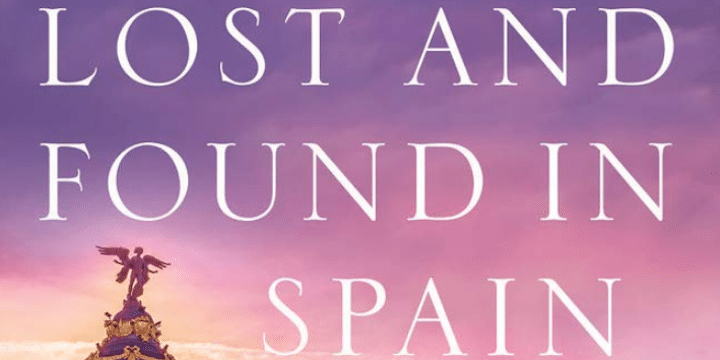 Next week, a new book will come out titled “Lost and Found in Spain: Tales of an Ambassador’s Wife” by Susan Lewis Solomont. Susan had a philanthropy career before her husband (Alan Solomont) became U.S. Ambassador to Spain under President Obama. Here’s the description from the press release:

“Deeply engaged in her career as a philanthropic advisor and her role on the boards of many Boston-area civic organizations, Susan could hardly imagine putting her life and commitments on hold. Yet, the prospect of moving to Spain and experiencing life in Europe—as a representative of the United States, no less—was alluring.

“Susan brings this journey to life, complete with its many glorious highs and wistful lows. Equal parts memoir and travelogue, Lost and Found in Spain weaves together a transportive narrative about the author’s adventures experiencing Spain as few others ever have and a candid reflection on life as a diplomatic spouse.

“From culinary adventures at the tables of world renowned chefs and at restaurants so exclusive that to this day, Susan is ‘sworn to secrecy’ as to how she secured a reservation, to intimate gatherings with Spanish royalty, global business leaders, foreign dignitaries and superstars like Antonio Banderas and Rafael Nadal, Lost and Found in Spain gives a glimpse of the glamorous side of diplomatic life. It takes readers along on breathtaking forays through rural and coastal Spain, recounting the country’s rich history along the way.

“Yet for all its glamour and excitement, Lost and Found in Spain remains grounded in Susan’s humble perspective as a representative of the United States, working hard around the clock to help advance the Embassy’s complex, demanding mission. It reveals her inner life as a transplanted American who struggles with the ambiguities of her role as ‘the trailing spouse.’ A professional woman, with no official job title, Susan finds herself adrift without a career to define her value and contributions at the Embassy. She also misses connecting regularly with friends and family, and takes solace in her daily walks with her dog, which sometimes become a cultural adventure of their own.

“The book also provides a rare look at contemporary Jewish life in Spain. Through her search for a synagogue to join and her discoveries about the millennial-old history of Spain’s Sefarad Jews and their customs, Susan accesses new layers of meaning around community and tradition.

“Ultimately, through persistence and determination, Susan succeeds in breaking past the limits inherent in her role as diplomatic spouse to create new opportunities, both for herself and for the Embassy, organizing large-scale women’s leadership programs and other initiatives that help cement the diplomatic relationship between the United States and Spain. In an affirmative lesson for women everywhere, she demonstrates how, whatever your reality is, you can play second fiddle without being second fiddle.”

Praise for “Lost and Found in Spain”:

“Susan’s book is so much more than a memoir of the Solomonts’ years in Spain – it is about self-discovery, adventure, reinvention … all through the eyes of an amazing, tireless woman. She shows us with her memories of traveling around my homeland the importance of cultural and culinary diplomacy – that one of the best ways to understand and connect with a country and people is through their food.” —Chef José Andrés

“In Lost and Found in Spain, Susan Solomont makes the patriotic expatriate life her own and reminds us that an Ambassadorship is a family calling. One-part Madam Secretary, one part Eat, Pray, Love – Lost and Found in Spain is a candid, personal and often humorous account of full immersion in a magical, historic culture, and a crash course in public diplomacy, told from the perspective of a woman whose journey is marked by grace and goodwill.” —former Secretary of State John Kerry

Grab it: Grab Lost and Found in Spain: Tales of an Ambassador’s Wife” by Susan Lewis Solomont on Amazon from $16.99.

2 Comments On "Travel Book of the Week: "Lost and Found in Spain" by Susan Lewis Solomont"