Travel Book of the Week: “Strange Tales of World Travel” by Gina and Scott Gaille 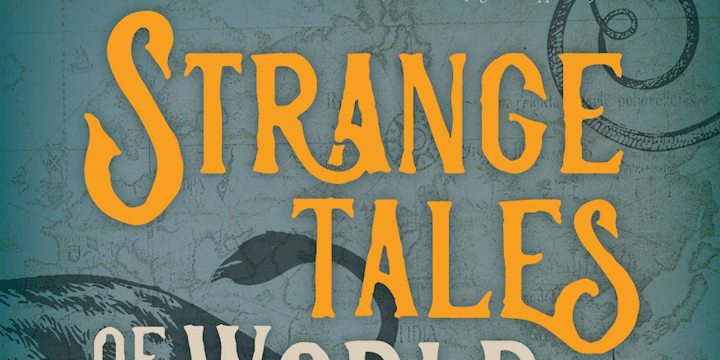 Next week a new book is coming out that’s edited by my good buddy and travel writer extraordinaire Scott Gaille and his wife Gina Gaille (here’s their Travel Style). It’s called, “Strange Tales of World Travel.”

Scott is an international oil lawyer and negotiator whose work for decades has taken him to frontier outposts in more than 100 countries, places that are far beyond the standard travel destinations. Gina, his wife and partner in wanderlust, has often traveled with him. What makes this book so different is that after the work is done, Gina and Scott have stayed to explore their surroundings and to meet the local people, always asking the same question: “What’s the strangest thing you’ve ever experienced or seen here?” The tales they’ve heard are often astonishing.

“Strange Tales” collects 50 of the most bizarre, mysterious, horrible, and hilarious of these tales, including, via Amazon:

In the age of the selfie and the social mediafication of the planet, I find this collection profoundly refreshing. By turning their spotlight on others, the Gailles illuminate a wide and wondrous world that is new to me—and in so doing, they renew my sense of just how rich and varied our planet is. These tales remind me that our world is infinitely full of surprises, if only we open ourselves to them, and that the deepest reward of travel is connection and an expanded appreciation of our human differences and commonalities.

Grab it: Grab “Strange Tales of World Travel” by Gina and Scott Gaille on Amazon for $11.59.