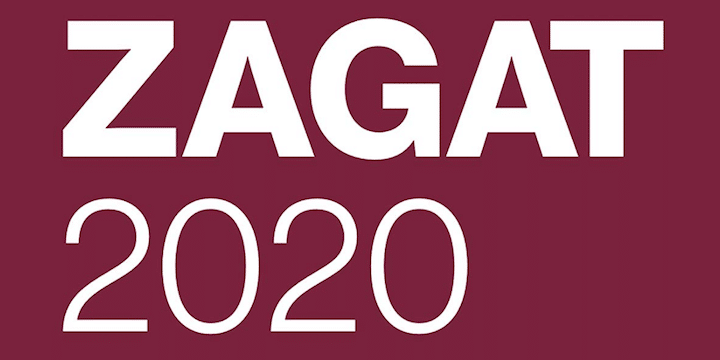 “It’s been three years, but that familiar maroon book is back. The 2020 Zagat survey of New York City restaurants will go on sale on Tuesday.”

So wrote the New York Times on Monday, one day before the “Zagat 2020 New York City Restaurants: Special 40th Anniversary Edition” was released. Zagat was purchased by The Infatuation (a restaurant review site) in 2018. With the 2020 guide, it is responding to demand from fans for a new edition, for which it “consulted the Zagats, and restored the rating system, calculated on a total of 30, that they used for decades.” If you don’t know the story of the Zagat guide, here it is in short via the NYT story:

“Tim and Nina Zagat, both lawyers and food lovers, began publishing the guide, with ratings based on the opinions of people who complete a questionnaire, 40 years ago. In 2011, after having expanded worldwide, they sold it to Google for $151 million. Google maintained it for several years, made some changes and then stopped publishing the guides in 2016. The Infatuation bought the brand last year.”

Here’s the description from Amazon:

“The best of New York City: from the top spots to local favorites, this is your essential guide.

“Ratings and reviews for NYC’s best restaurants as voted on by trusted diners. Since its inception in 1979, Zagat has become the most useful and reliable resource in restaurant discovery. Zagat’s short, pithy reviews make deciding on a restaurant easy, quick, and most of all entertaining. The Zagat 2020 New York City Restaurants guide includes intel on more than 1,400 restaurants across the five boroughs, and hundreds of restaurant indexes sorted by location, cuisine, or special occasion.

“In celebration of Zagat’s 40th anniversary, this special edition also features a decade-by-decade retrospective of NYC dining over the past 40 years, a foreword by restaurateur Danny Meyer, and much more.”