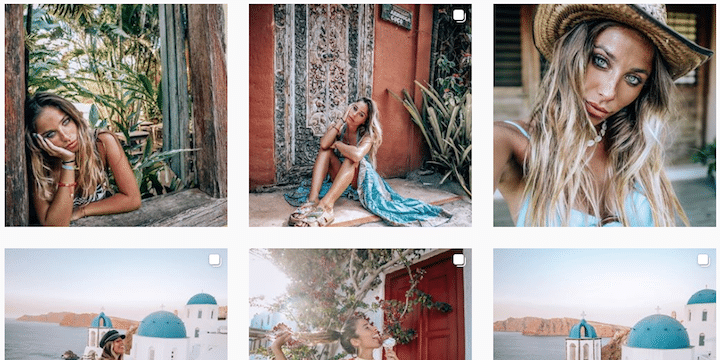 Martina “Tupi” Saravia is an Instagrammer, photographer and fashion producer from Buenos Aires, Argentina. More than 300,000 people follow her account, which is full of photos of Martina all over the world, from Brazil to Italy to Greece.

Back in August, Martina made the news after she admitted that she uses an app called Enlight Quickshot (this week’s travel app) to edit the clouds in her photos. The admission came after people called her out on social media. At the time, she told BuzzFeed News that she “really [didn’t] see the big deal” and that she “never lied about it.” Now, she’s partnered with the app. And per a different BuzzFeed News story, she says that the “collaboration with Quickshot is exciting and ‘hilarious’ to her.”

Since the initial news broke that she uses Enlight Quickshot, Tupi Saravia has gained at least 34,000 followers. BuzzFeed News even writes that “her cloud-infused posts have become infamous — if not even a bit iconic — among her fans. They’re commenting with cloud emojis to stand in solidarity with her fake clouds.”

For more on the app and its partnership with Tupi Saravia, see this week’s Travel App of the Week.