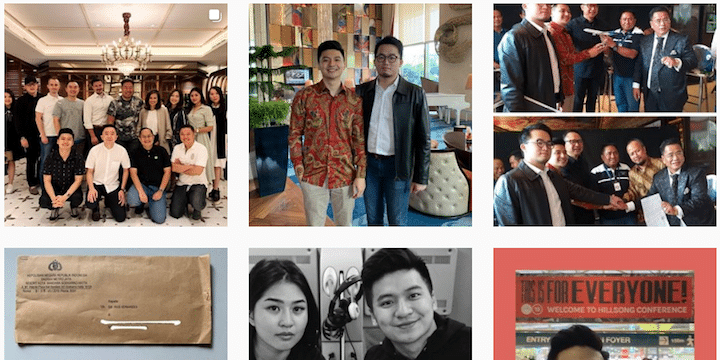 
Rius Vernandes is an Indonesian travel blogger/influencer with more than 139,000 followers on Instagram (rius.vernandes). He posts on his travels aboard the world’s biggest airlines, but he’s currently in the news for another reason. According to the South China Morning Post, Indonesian airline Garuda Indonesia is suing Rius over a social media. That post, the story says, featured a “handwritten business-class menu” he received in flight.

As the story notes, Rius “posted an Instagram video showing the menu written on a piece of notebook paper on Saturday with the caption: ‘The menu is still being printed, sir.’ The post went viral and prompted Indonesian social media users to mock the airline.” Rius then posted that he had received “a summons from the police in connection with the post,” and police confirmed that Garuda had brought a defamation case against him.

Later, the airline confirmed that the handwritten menu was handed to Rius on the flight. But, Garuda says, the note “was made by a cabin crew member for personal use and not intended to be handed out to passengers.” For his part, Rius expressed surprise at the development. “We’ve been reported for defamation.,” he wrote on Instagram. “I’m sure you know I had no intention whatsoever to defame anyone.”