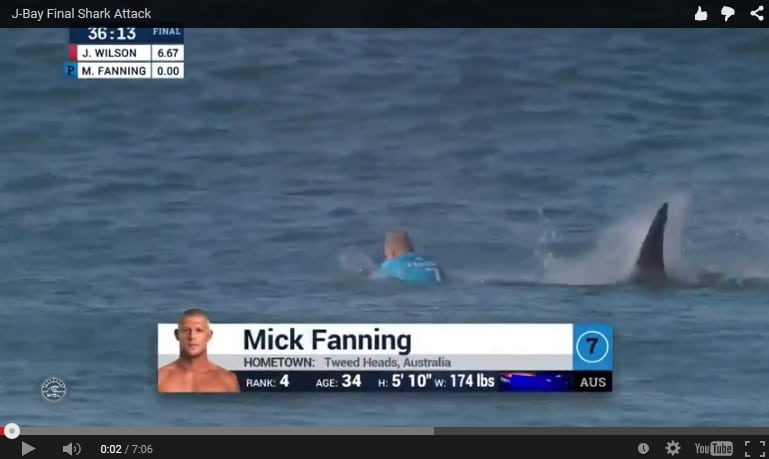 I’ve never had a strong desire to go swimming or surfing in South Africa and after this video – you can bet I won’t be jumping in the Indian Ocean at Jeffreys Bay. That’s because a surfing competition was canceled earlier today after Australian surfer Mick Fanning escaped a shark attack in the opening minutes of the final heat.

As you can see in the video above which shows two sharks circling the three-time World Surf League champion. Luckily the Water Safety Team pulled Nick and fellow competitor Julian Wilson out of the waters within seconds.

The organizers then canceled the remainder of the J-Bay Open, the sixth stop on the 2015 Samsung Galaxy World Surf League Championship Tour.

Fanning’s leash to his surfboard was severed and he told World Surf League TV that he “punched” the shark “in the back” to scare it away. That’s exactly what I would’ve done – from the After World!

1 Comment On "Travel Video of the Day: Mick Fanning Fending Off Shark Attack During Surfing Competition"