Editor’s Note: This is a guest post by Alaska’s travel expert, Scott McMurren 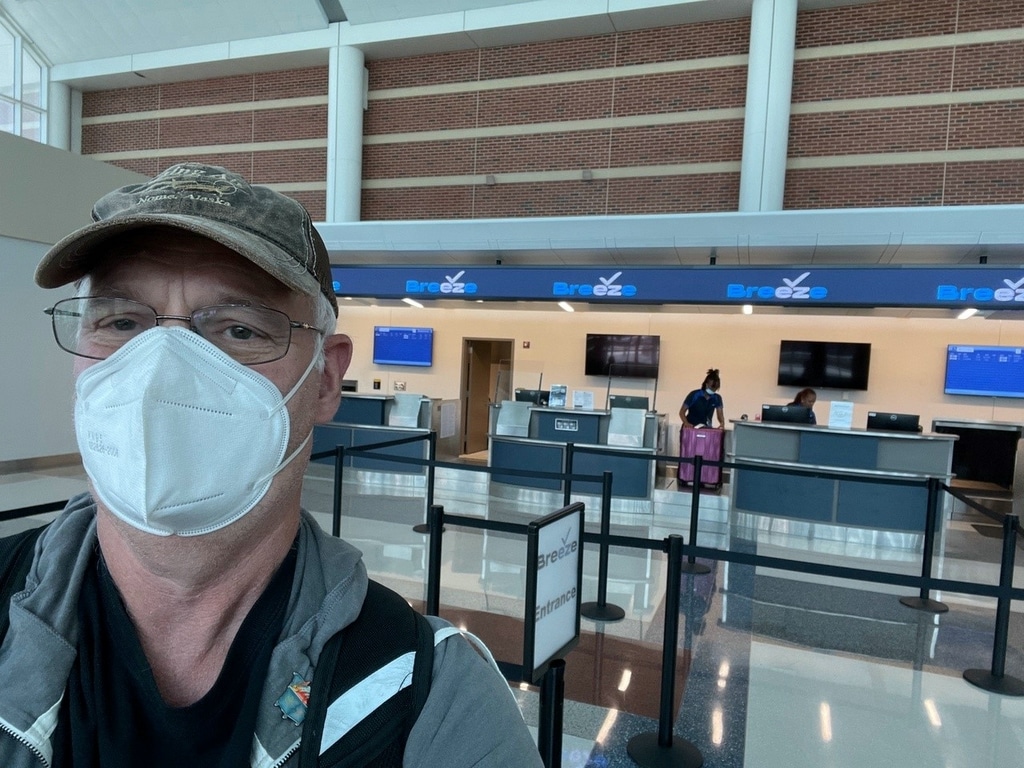 Backgrounder: I’ve been a big fan of David Neeleman, founder of five commercial airlines (Morris Air, WestJet, JetBlue Airways, Azul Brazilian Airlines, and Breeze Airways) throughout his airline career. We met back in the 20th century when he ran Morris Airways and offered flights to Anchorage from Salt Lake City and later from Seattle. I worked at a travel agency then and we sold gobs of tickets for him.

Fast forward to his launch of JetBlue. I flew back from Anchorage to JFK to hop aboard B6 inaugural flight from JFK-FLL on 11FEB2000. Great fun. There and back in one day.

I never made it down to Brazil to fly Azul. But Breeze Airways is leasing several of its E-195 RJs from Azul, pending delivery of some brand-new A220s, which will feature the carrier’s “best” seating (aka First Class). 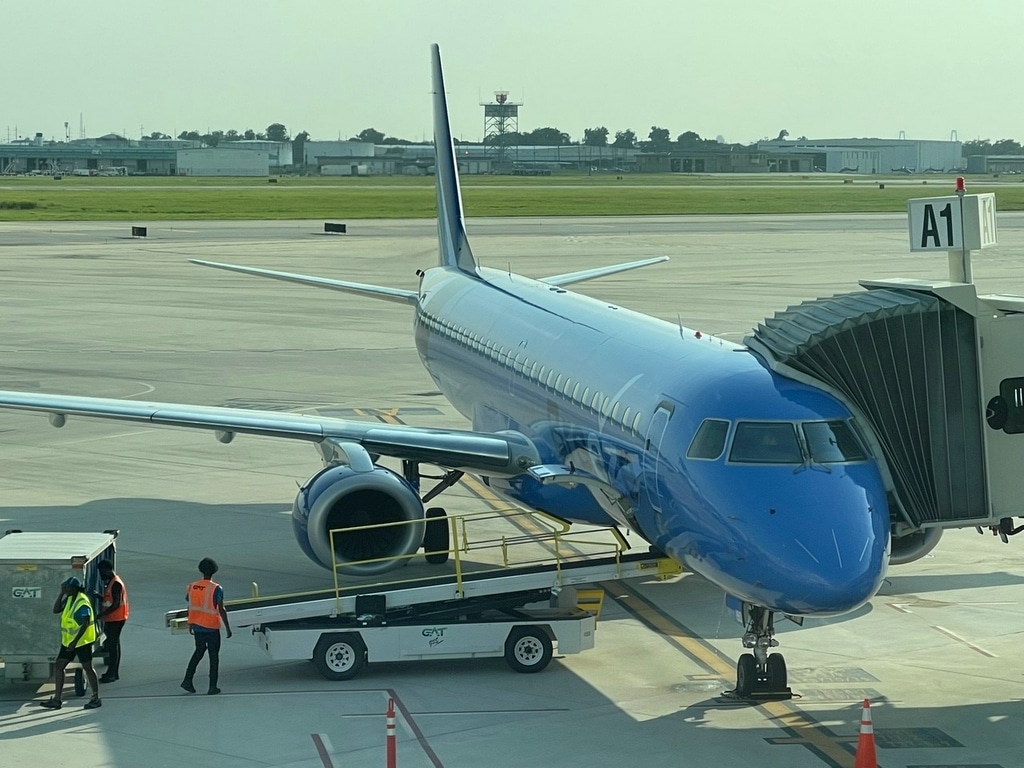 Richmond flights started on July 8. So this wasn’t the inaugural flight…but they’re still working things out.
We had a little mix-up with our checked baggage allowance. We purchased the “Better” seats at the front of the aircraft ($99 ea., o/w). The price includes two checked bags. We initially picked “one” checked bag each. But we had a good fishing season in Alaska, so we were bringing an extra box of frozen fish.
Eventually, everything got cleared up … and the staff checked the bags.
Breeze does not have their own staff at the airport. Rather, they contract their counter/gate operations out to GAT Airline Ground Support.
Although we entered our Known Traveler Global Entry numbers in the reservation, it did not show up—and we didn’t get “Pre-Check” status. This also happened to the couple in back of us in line.
I’m glad I caught it. The counter staff entered the number in the reservation and reissued the boarding pass to reflect Pre-Check. 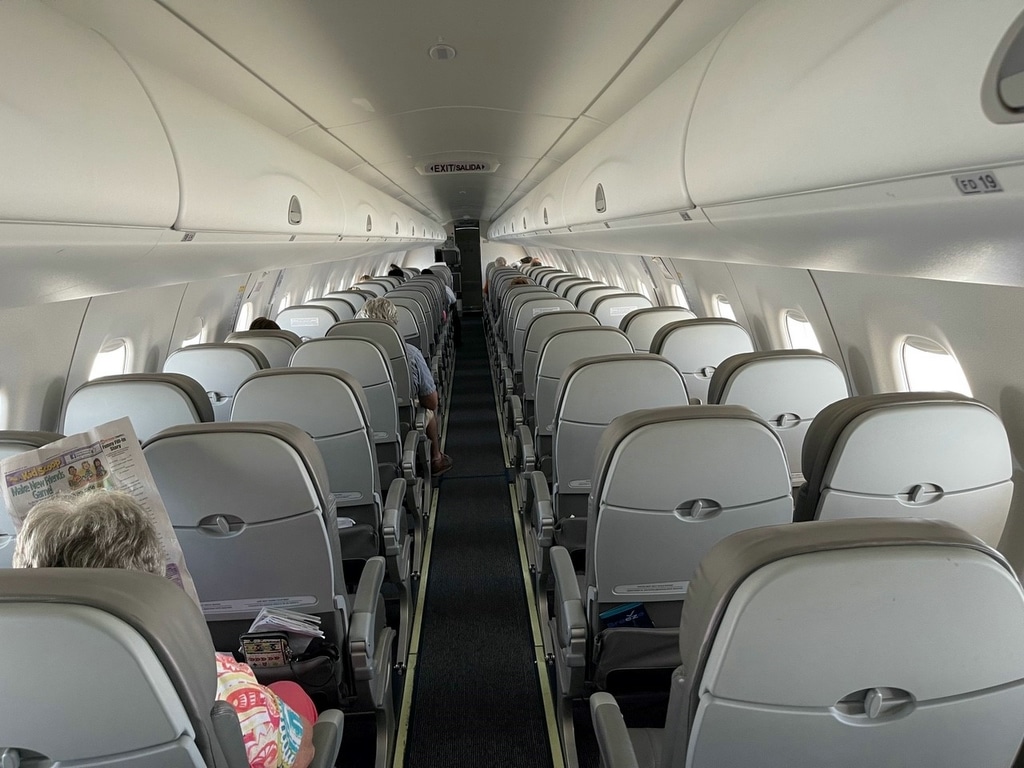 It’s been several years since I flew an Embraer E-195 jet. It’s sweet, really. Two -by-two seating, so there are no middle seats. The overhead bins are smaller, but it was OK for a standard carry-on and for my backpack.
The pilot and first officer let me come up and take a photo in the cockpit. Thank you, Frank and Lily. Just an #AvGeek moment. 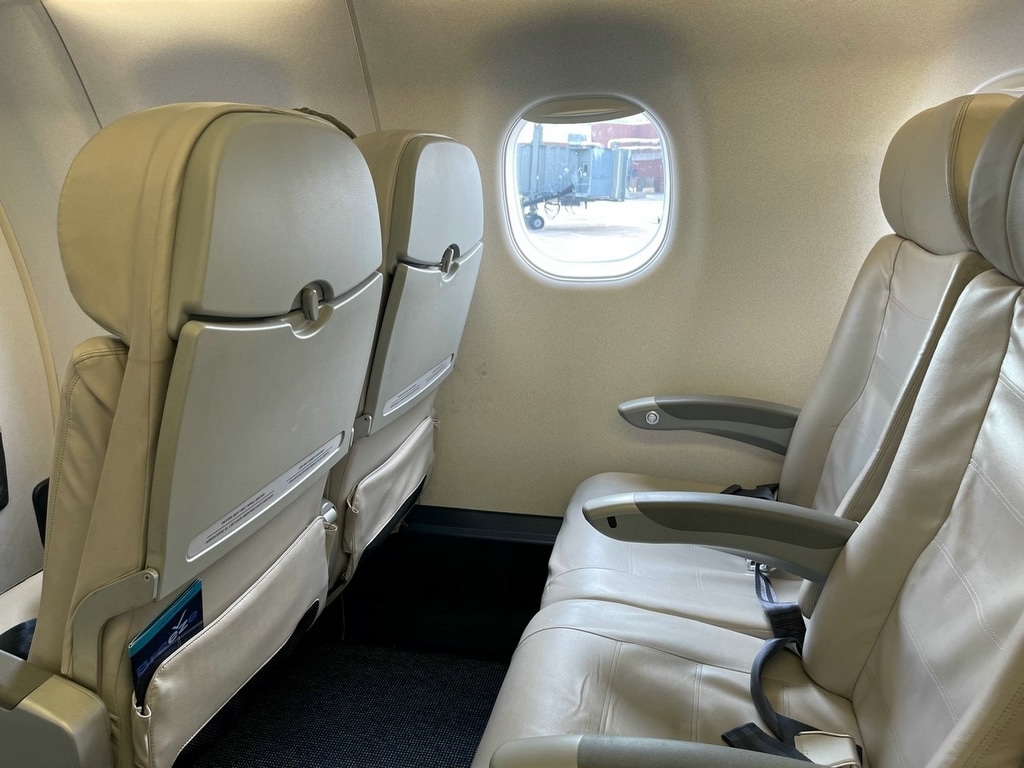 We sat up in the front row. I like extra legroom (I’m 6’5”). Every inch counts. The seats were nice and cushy with comfy headrests.
Caution: This is still an RJ, so no power outlets, no seatback TV and no wi-fi. I imagine that will be different on the A220.
We picked Breeze for two reasons. First, I wanted to fly a new airline. But, more importantly, it’s a nonstop flight. This is the sweet spot that Breeze is after: nonstop flights from underserved markets. So, instead of connecting in Orlando, Atlanta or Dallas (adding several hours to the trip), you can arrive in about two hours (our flight time was 1:58).
Mission accomplished. 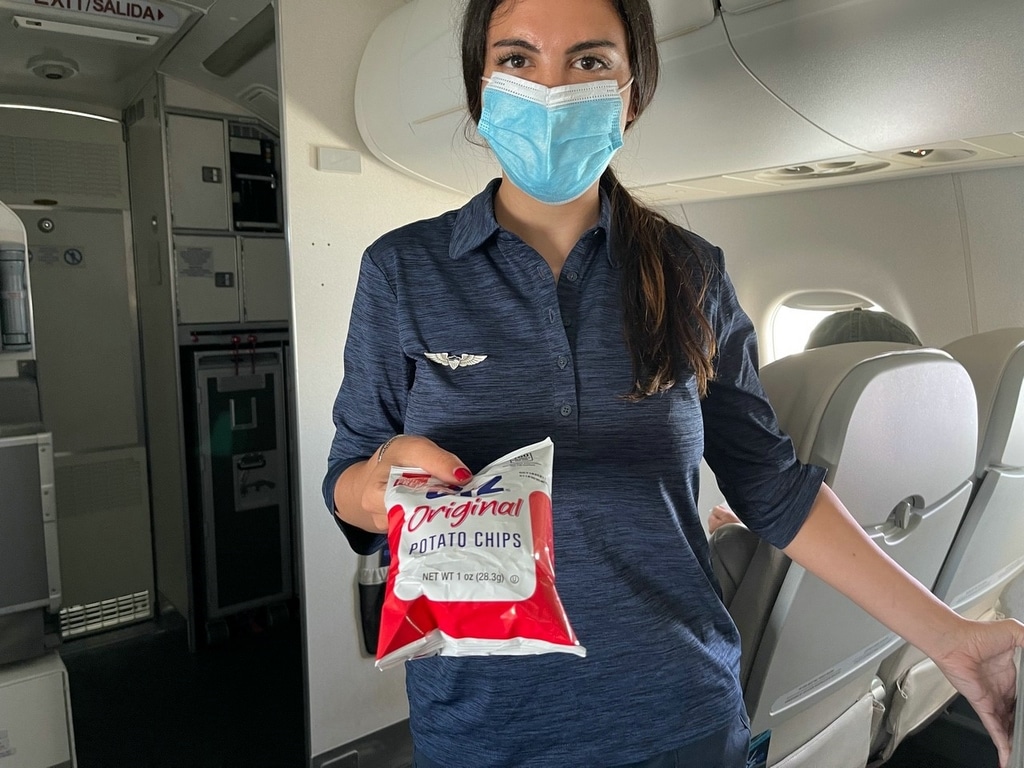 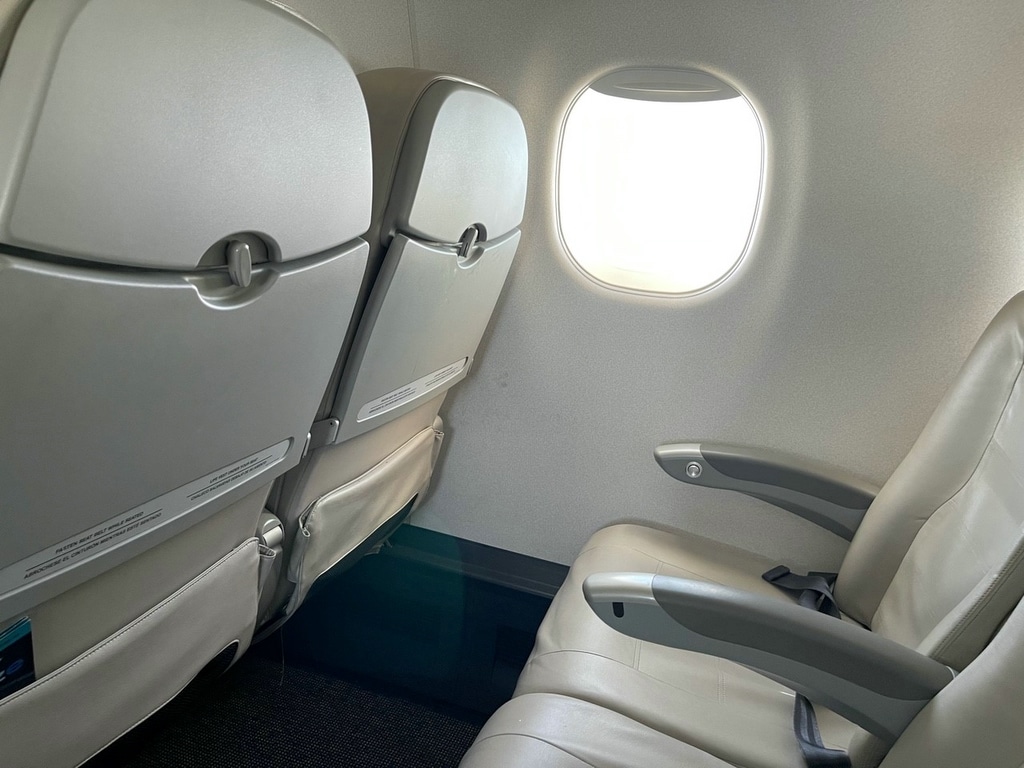 I went back to check on the cheap seats—and the legroom was fine … probably 31 or 32 inches of pitch. GOBS more than AA on a bad day or Spirit on ANY day. HAHA
I chatted up Amy, our flight attendant. She’s flown for Conquest (under contract for DL) as well as for Horizon/Alaska. She’s very excited about her prospects at Breeze, although she’s lobbying for a nicer uniform.
Amy pays attention to style—and both she and the other flight attendant really want a “dress option” with a stylish scarf! Right now, the uniforms are plain-Jane blue slacks and blue polo, from “Aramark” uniforms. Nothing special.
We arrived in New Orleans without issue and our bags came out by the time we walked the half-mile to baggage claim.
I would definitely fly Breeze again, because chances are excellent it would be a nonstop flight. I’ll be looking for some West Coast route.
Breeze has its own loyalty plan, which is totally forgettable. There is no tie-in with any other loyalty program at this time. But the prices are cheap and the planes are clean.
Bon Voyage.
Scott McMurren is an Alaska travel evangelist and a certified #AvGeek. He writes a weekly travel column for the Anchorage Daily News (adn.com/author/scott-McMurren) and publishes a weekly e-mail travel newsletter about Alaska (alaskatravelgram.com). He and his wife, Christy, live in Anchorage with an eclectic retinue of kids and dogs. 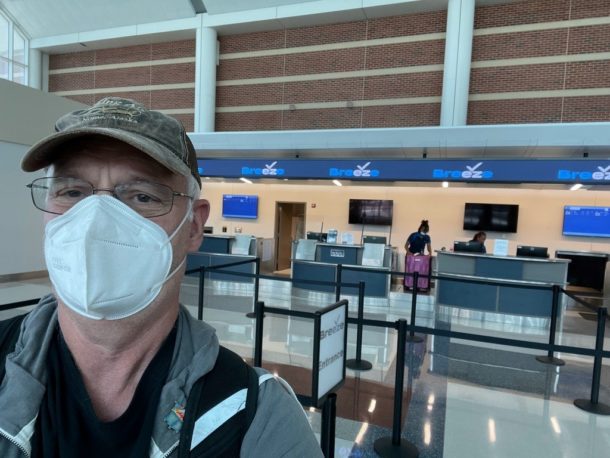 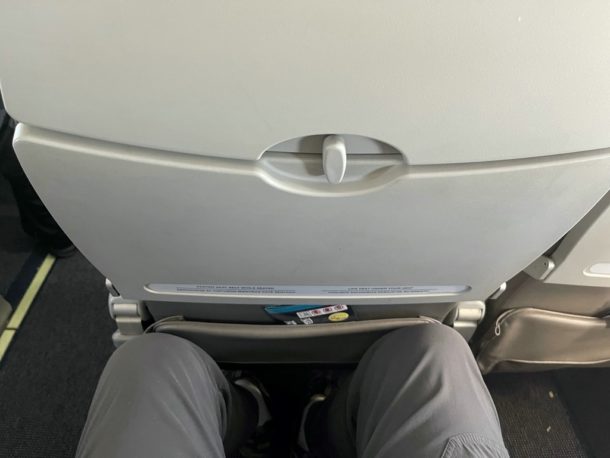 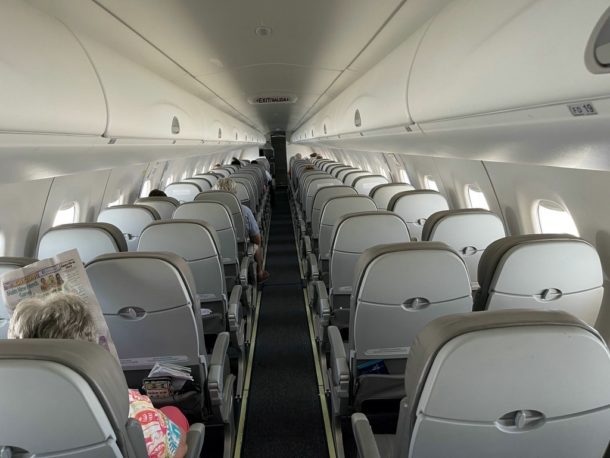 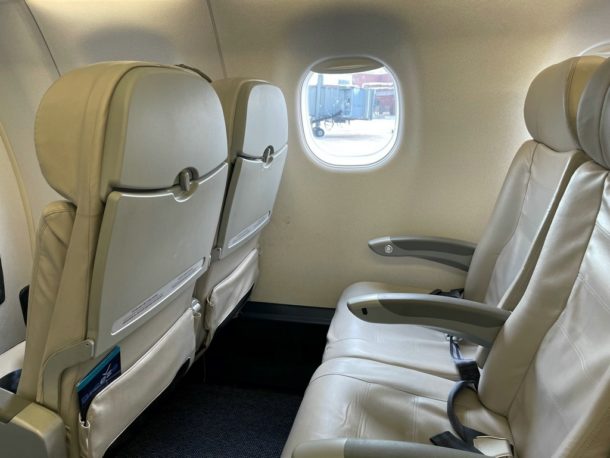 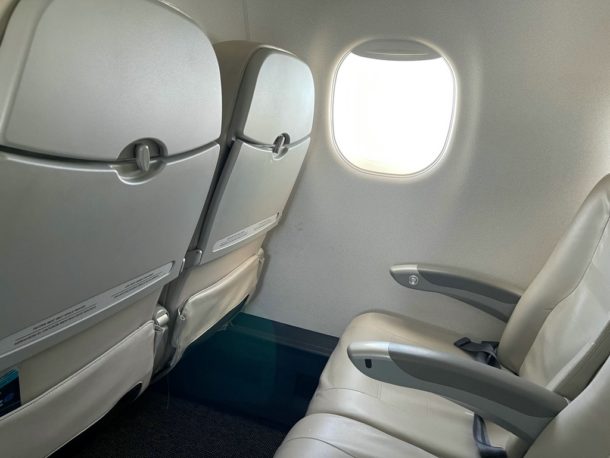 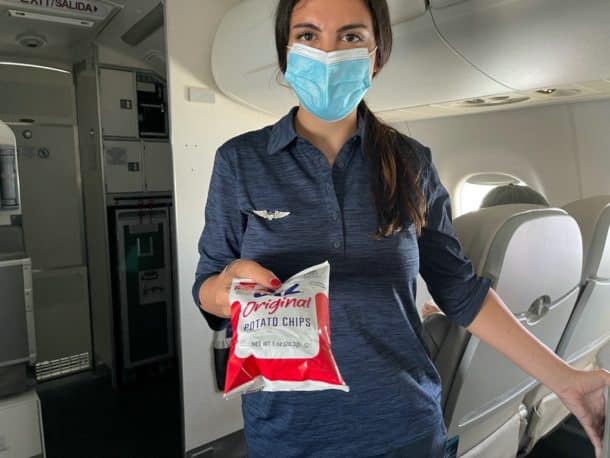 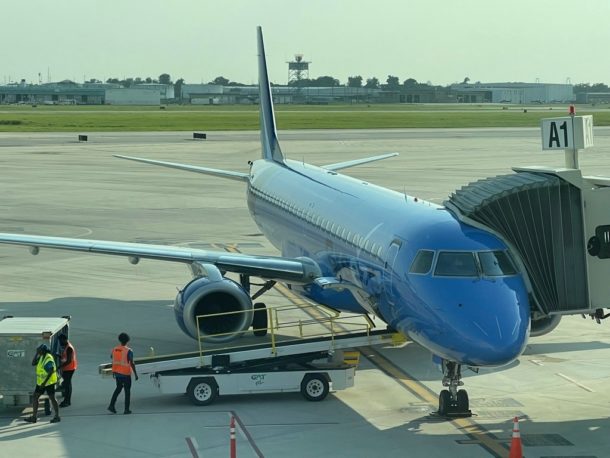 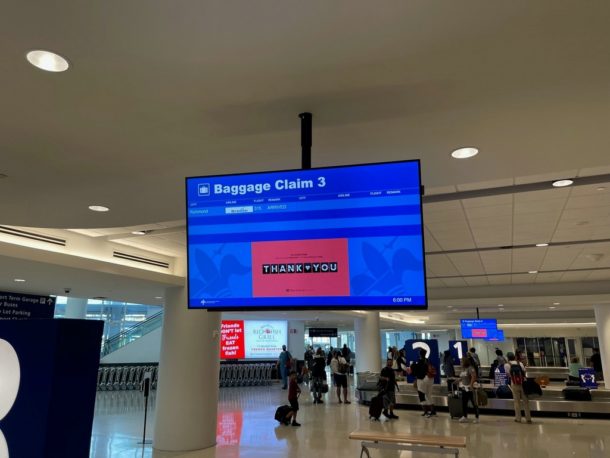 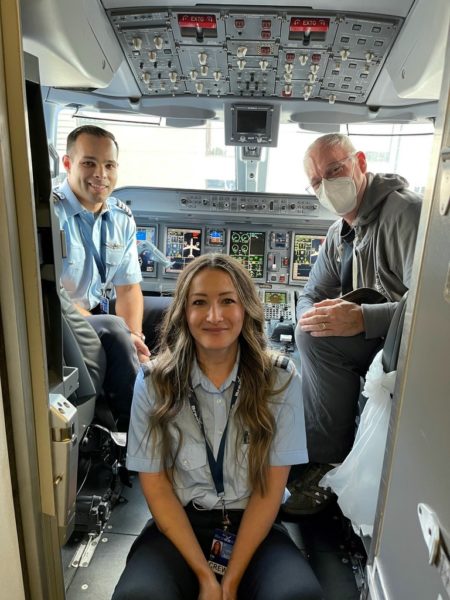 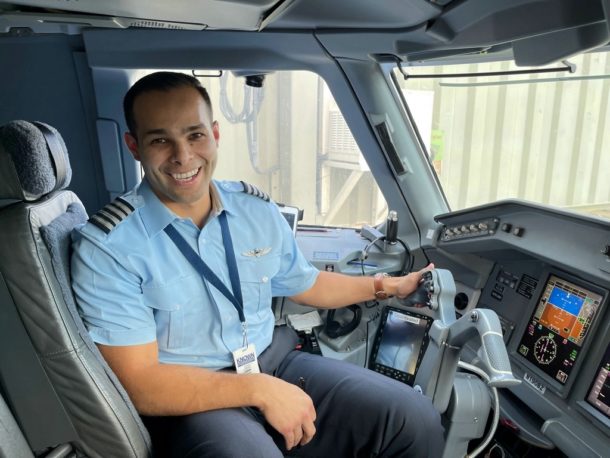