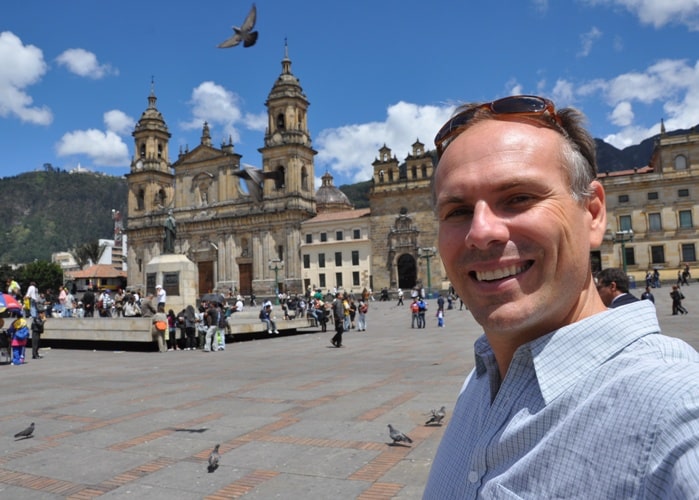 Happy New Year! What a crazy week it has been for the travel industry, ever since the thwarted terrorist attack on Christmas Day. The initial response by the TSA has made me batty. My head is still spinning because of their ridiculous rules and they are now going after two travel bloggers who leaked the security directive that informed the flying public of them (more below).

On a much lighter note I tallied up my 2009 travel numbers, and it turned out to be another miraculous travel year for me: I achieved my annual goal of visiting at least 10 NEW countries, but I fell one airline short of maintaining elite status on all three airline alliances. For those interested, I compiled a breakdown of the 23 countries I visited, the actual number of air miles flown, and how many different airlines I experienced. How many days do you think I spent away from home in 2009?

Last week’s slide show of The Breakers in Palm Beach proved popular, so I created a couple of new (and improved) ones. The first slide show is of my top hotel rooms of 2009; the other is of my recent trip to Bogotá, Colombia. We also have stories from contributors: Yuki Hayashi on Los Cabos, Mexico, and Sheila O’Connor visits the Unclaimed Baggage Center in Alabama. I know that’s where a bunch of my friends’ completely lost luggage ended up to be put on sale to the general public.

Thanks to the bumbling Al Qaeda terrorist and the heroic actions by passengers and crew of Northwest Flight 253, a Christmas disaster was avoided. What a loser—in all senses of the word—the Nigerian terrorist Umar Farouk Abdulmutallab is. What’s scary is that I didn’t think that some terrorists could come from a wealthy family and be somewhat well educated besides Osama Bin Laden. But let’s be frank, you can’t be that schooled if you think that blowing up yourself and innocent people is going to lead to an afterlife with a bunch of young virgins. If that was true, do you think Hugh Hefner would still be sticking around? What dumb*sses. The same can be said for the TSA executives who came up with the new flight restrictions, which went into immediate effect on all United States–bound planes originating in a foreign country (including Puerto Rico and the United States Virgin Islands):

The TSA didn’t let the public in on the new rules, but thanks to my colleagues Chris Elliott & Steven Frischling for obtaining the Aviation Security Directive and posting it on their website (Elliott.org & FlyingWithFish.com). The original rules stated that passengers would not be able to leave their seats from one hour prior to landing.

-Flight crew must refrain from making any PA announcements regarding the position of the aircraft or landing announcements.

-Passengers will be allowed one carry-on item or one personal item and will not be able to access this item during the one hour period prior to landing.

-No items can be used/held/accessed/accessible by any passenger, including personal electronic devices, magazines, newspapers, books, etc. during the one hour pre-landing period.

– Flight crew must collect First & Business Class PEDs and/or headsets one hour and thirty minutes prior to landing.

– All on-board in-flight entertainment (IFE) systems will be disabled and not available to customers.

Luckily, the TSA has come to (some of) their senses and supposedly relaxed a few of the rules. According to David Rowell (The Travel Insider), passengers are now free to move about the cabin again. “Airline officials have unofficially indicated they’ve now been told by the TSA that they are free to choose how they wish to respond to this new threat themselves. One hour confined to seats or not, moving map display or not, reading materials and blankets available or not—all these silly things are now up to the discretion of each pilot of each flight. Some airlines have formalized these changes into official policy—for example, on British Airways, service is back to normal in all respects.”

However, these rules are bound to be changed again, so keep checking with your airline since the TSA is very SLOW to post. Speaking of the TSA and the DHS (Department of Homeland Security): They have just possibly made the worst PR move of all time. Would you believe they have subpoenaed Chris Elliott and FlyingWithFish to give up the name of the person who leaked the security directive to them? I guess they aren’t familiar with the First Amendment.

Hopefully, the TSA will stop making everyone’s travel experience miserable and preventing even more tourists/business travelers from coming to the U.S. and instead will spend their resources on getting better security and intelligence and sharing it with international security partners. It shouldn’t be that difficult with today’s communication technology.

It’s unacceptable to let a person who is on a watch list get on a plane with a one-way international ticket, paid for in cash, and no luggage. The U.S. had even gotten a layup from the terrorist’s own father, a prominent businessman when he told the American embassy that his son had “become radicalized”!

For this week it’s best to be safe than sorry, so show up for domestic flights three hours in advance and four hours for international. Also, check with your airline regarding their carry-on rules. For at least the next few days Air Canada has banned most carry-on items on travel to the United States. And of course, don’t forget to pack your patience and be extra friendly to the airport personnel and flight crew—they are just as upset as you are with these new restrictions.

BEAT THE “NO CARRY-ON” RULE

If you want to get around the new “no carry-on” rule, buy one of the SeV/Scottevest jackets that I have been boasting about for the past few months. They have between 12 and 52 secret pockets so you will basically be wearing your luggage.

If you traveled this week, please let us know about your security and flight experiences so we can share them with others. Email them to Whitney@JohnnyJet.com.

I had so much free time on my hands this holiday that I counted up the stats of my 2009 travels. Here they are by the numbers:

*PLEASE tell us what you think of this week’s newsletter!