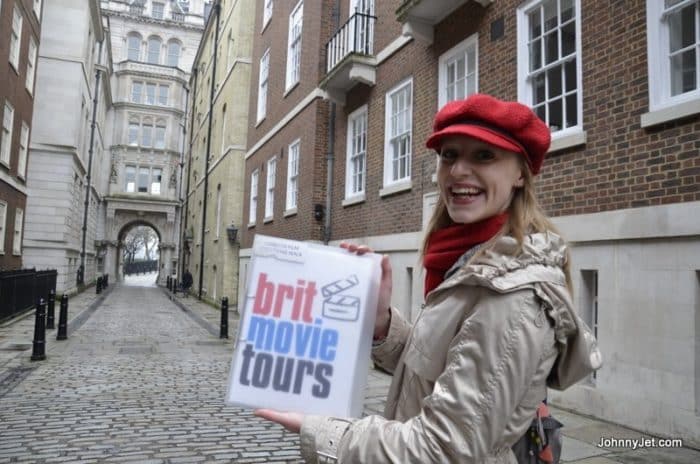 Did you know that London is the third busiest production center in the world, after Los Angeles and New York? If you’re into film and television, then sign up for either a walking or bus tour from BritMovieTours. They have a wide variety of tours to choose from, you really get to see the hidden gems of London (or the British countryside) and prices start at just £10 per person.

I went on the ‘London Film Locations and TV Walking Tour’, which takes two hours and costs £10. My guide, Val Sturgess, really knew her stuff. I guess being a guide on one of those double-decker bus sightseeing tours, where she drove around London three times a day for two years, helps!

There are 15 walking tours to choose from and I chose the one that featured scenes near my hotel, ME London. However, I was tempted to do the James Bond or Notting Hill tour. FYI: The most popular is the Harry Potter tour.

Tours take place rain or shine and since London is usually rainy, it’s best to be prepared. I brought my umbrella (or ‘brolly’ as the English call it) and of course it didn’t rain. However, I was happy that I wore my warm coat because it was a chilly day. My advice is to dress in layers and wear good walking shoes. 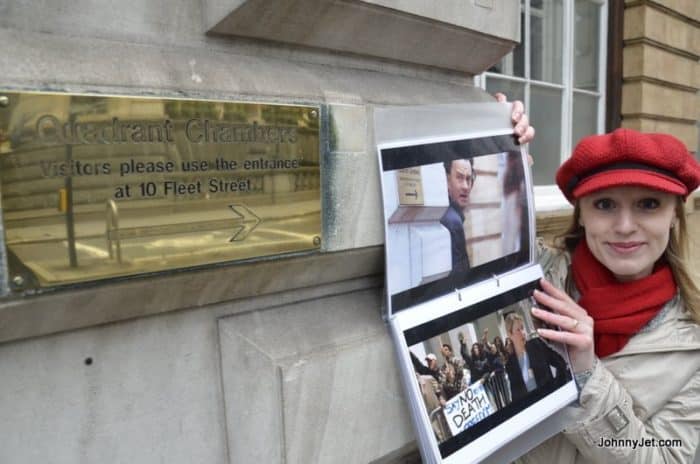 I saw locations that were used in films such as Bridget Jones’ Diary, The Da Vinci Code, Sherlock Holmes, Harry Potter, Love Actually, Four Weddings and a Funeral and a bunch of others. I’m not a huge movie buff but I still found it fascinating. 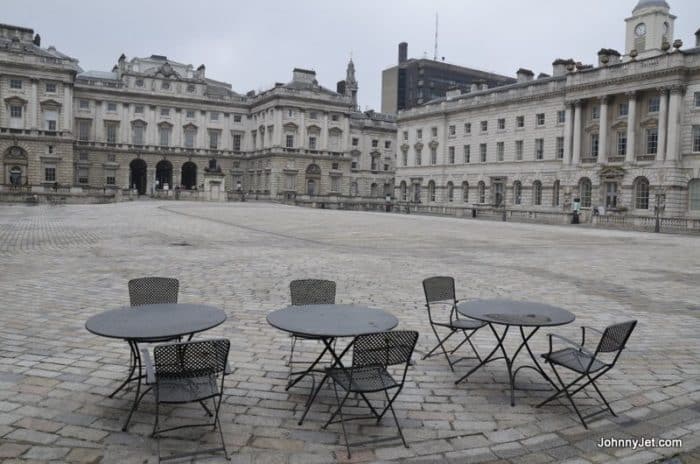 What I liked the most about the tour was discovering parts of London I never knew existed, like Somerset House which is directly across the street from my hotel. Somerset is an incredible looking palace and its outdoor spaces are open to the public so it’s the perfect spot to have a quiet picnic lunch.

Somerset House is so incredible that it’s been used in films that aren’t just set in London. For example, Martin Campbell used it in GoldenEye for exteriors of Central Square, St. Petersburg – where Jack Wade’s blue car breaks down.

As you can tell, I really enjoyed the walk and the next time I go on one of BritMovieTours’ tours, it’s going to be for a bus ride into the English countryside to see the locations used in Downton Abbey!

Note: This tour was provided by Visit London. Did you know: You can win one of six themed trips to London! 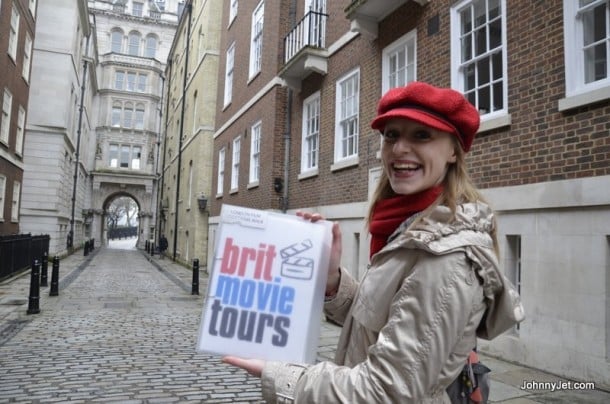 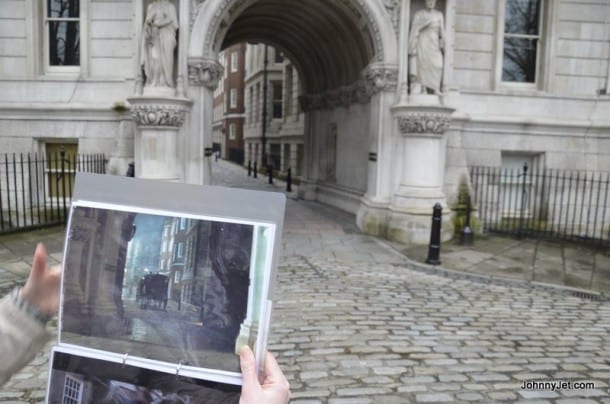 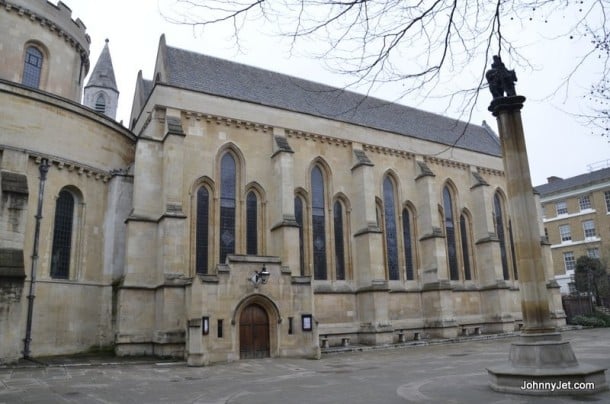 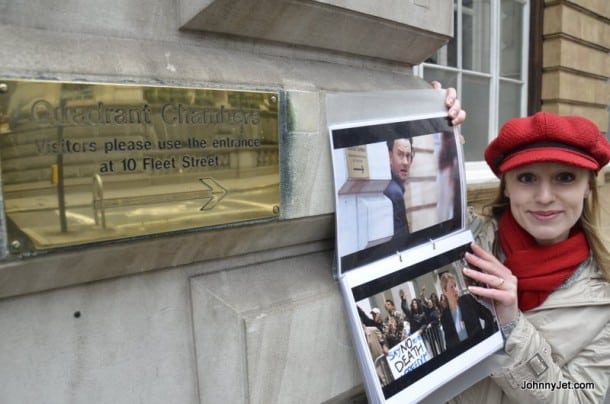 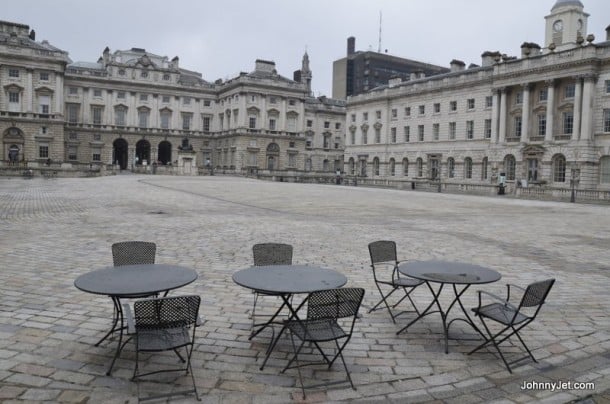 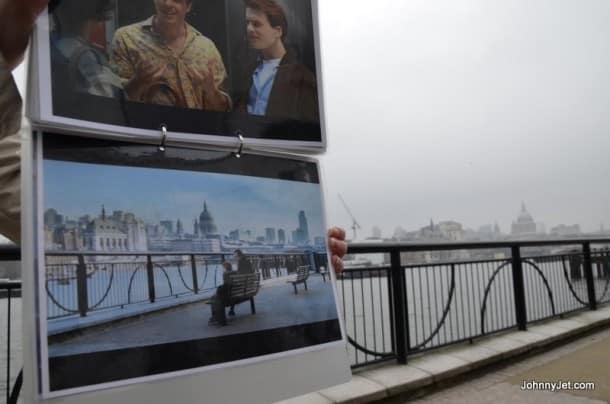 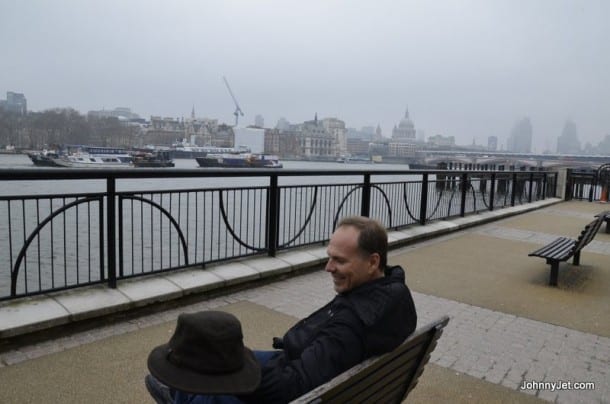 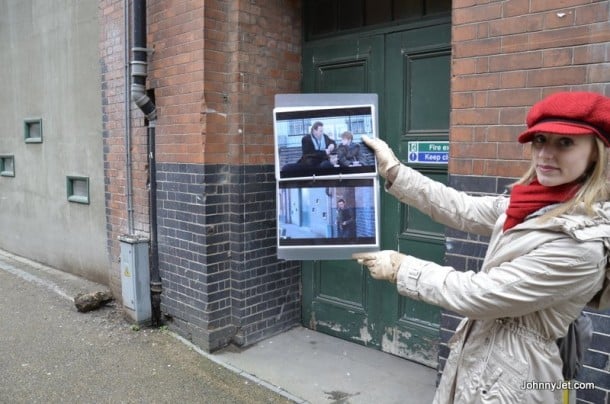 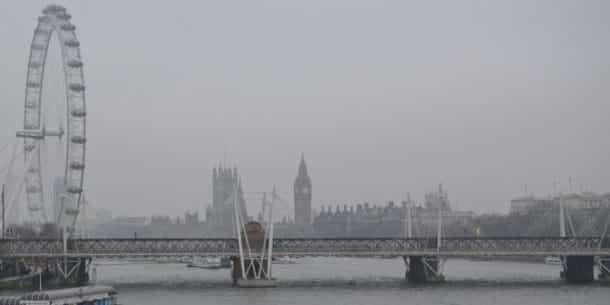