Thanks to social media and cell phone video, there’s incredible footage of the United Airlines engine that dropped from the sky on flight 328 From Denver to Honolulu earlier today.

All 241 people onboard the plane are safe but after seeing the video of the engine on fire (or burning fuel), as the plane turned around to return to the airport, it sure was scary. On top of that, the videos and photos of the engine parts falling from the sky and landing in neighborhoods is arguably even more unsettling.

Below are some of the images and videos of the United plane in the sky and the debris falling from it.

Flight 328 @united engine caught fire. my parents are on this flight 🙃🙃 everyone’s okay though! pic.twitter.com/cBt82nIkqb

A passenger on United 328 took this video of flames shooting out from the engine. Some people told me they said prayers and held their loved ones’ hands as they looked out the window. Flight was on its way to Hawaii from Denver. Glad everyone onboard is safe #9News pic.twitter.com/c8TNYlugU2

More footage of #UA328 from the ground immediately after the incident took place. #United #B777 @tamaskls pic.twitter.com/FMUwEmSwoC

It made an emergency landing and everyone is ok.

Check out these pieces of the engine falling from the sky…pic.twitter.com/1IyBj6Nlf2

Just spoke to passenger on United flight that had to turn around after passengers heard a “loud bang”.

Flight was able to return to DIA. No injuries immediately reported on board.

Plane was headed to Honolulu according to passenger. #9news

From the Dash Cam of Zach Allen In Broomfield: https://t.co/6Syowuy9yI pic.twitter.com/SVqE55TlPN

New video of @united engine debris crashing to the ground in Broomfield. Sound up! From Mark Moskovics pic.twitter.com/X8OvKfSUpH

NOW: We are watching as @NTSB and @united crews pick up pieces of a Boeing 777 engine that exploded over Broomfield, Colorado today. No one on plane or the ground was injured. @KDVR @channel2kwgn @mattmauronews pic.twitter.com/9z7yiUF1LH

Thank God this story has a happy ending but it will no doubt leave a lasting impression for all of those involved and probably those that weren’t. It just goes to show how safe flying really is and that the pilots were well trained. 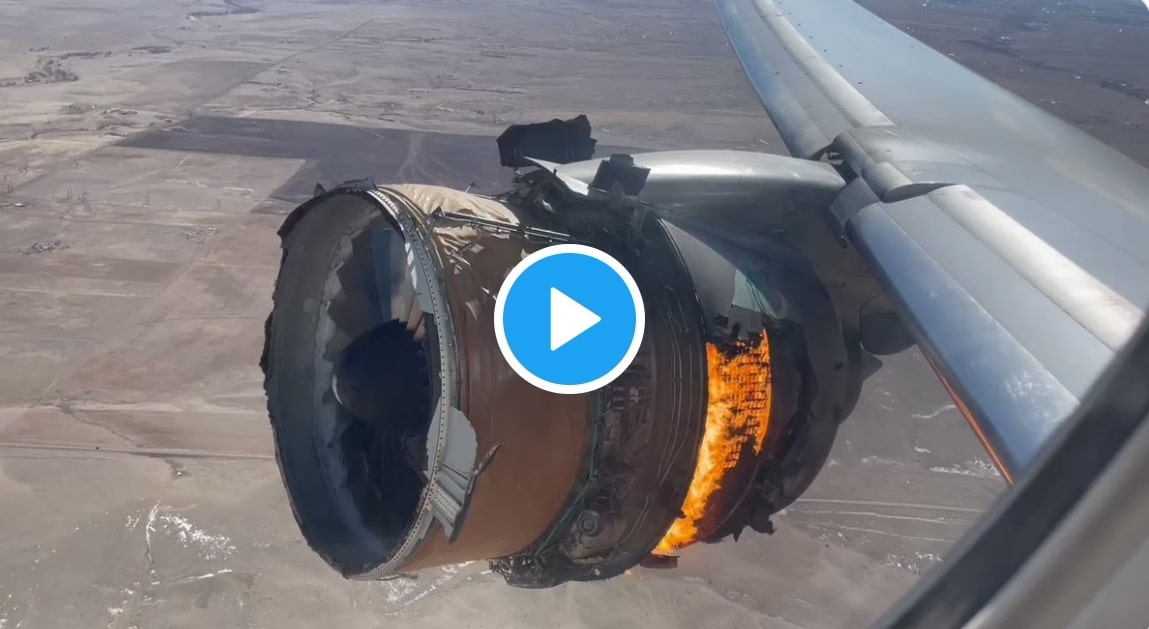 Reuters: ‘I thought we were done’: Parts fall from sky in plane scare