I didn’t think Victorian towns even existed anymore. If I had, I certainly wouldn’t have pictured one on the New Jersey shore of the Atlantic Ocean. So I was duly surprised when just an hour away from the gritty casino madness of Atlantic City, I arrived back in another time.

Cape May, New Jersey is the oldest seashore resort in the nation. It’s so historic, in fact, that the entire town is a National Historic Landmark. Don’t expect dowdy old buildings, though. No, when you arrive in Cape May, you’ll be instantly smitten with the bright, cheery colors of wooden homes showcasing architectural features long forgotten in today’s building boom. This town is a showcase of architectural history, but it hasn’t always been this way.

Way back in 1878, a fire destroyed 30 blocks of the town. Of course Cape May was going to rebuild, and when it did, the homes and buildings were designed in the modern style of the day, which would become known as Victorian. Today, nearly 600 buildings have been preserved.

The homes are called “painted ladies” because of their many shades of color and a heavy-handed use of turrets, gables and gingerbread trim. Most of the “homes” have been turned into bed and breakfasts. The average person can’t afford a home with 8-10 rooms, so to pay the tax bill (everyone in New Jersey is heard complaining about the high taxes at some point in time), the families rent out their real estate.

Sure, you can stroll the streets and look up at the antique architectural styles, but sitting on a trolley tour and hearing expert commentary is even better.

A visit to Congress Hall is a must to truly appreciate the architecture and history of Cape May. First opened in 1816, the massive resort (at the time) was owned by Thomas H. Hughes, who later was elected to Congress. Congress Hall could be considered one of the key driving forces in making Cape May such a popular travel destination, even rivaling Newport, Rhode Island at one time.

This stately hotel located on the Atlantic Ocean has been a summer retreat for U.S. presidents Ulysses S. Grant, Franklin Pierce, James Buchanan, and Benjamin Harrison. As if that weren’t enough Americana, famous composer John Philip Sousa conducted concerts with the Marine Corps band on the lawn, even writing the “Congress Hall March” in honor of the resort.

While Congress Hall definitely seems like a place to see and be seen, I’d much rather luxuriate in a small, family-owned bed and breakfast where the owners know my name. Tucked away from the hoards of crowds in the center of town, yet still a short walk from everything interesting, is the Albert Stevens Inn.

The 10-room inn, built in 1898, is owned by two former Atlantic City casino workers who were seeking a more peaceful existence. There’s a Victorian ambience here, but you won’t be missing out on modern conveniences. The highlights of my stay included the bountiful country breakfast buffet served on the verandah every morning. If you aren’t completely stuffed from amazing home cooking before venturing out to start your day, you didn’t try hard enough.

There’s only so much looking at architecture that a girl can do, though, with the sound of the ocean nearby, so I headed to the beach. Sunset Beach, to be exact. This destination is the southernmost beach in the state, and it offers up some amazing sunsets. However, I came seeking diamonds.

I’d heard about Cape May Diamonds from many locals. Hoping they would be worth something valuable, I ventured towards the seashore to try my hand at finding some treasures. Turns out that Cape May Diamonds are just pure quartz crystals that originate from the Delaware River 200 miles upstream. Years of making their way towards Cape May and being tossed around in the waves have polished up the stones to somewhat resemble diamonds. Well, kind of. These stones aren’t as pure and clear as real diamonds, no matter what anyone tries to get you to believe, but there are plenty of opportunities to buy Cape May Diamond jewelry to commemorate your visit, if you’d like.

Somewhat disappointed with my diamond hunting, I was surprised that when I took my eyes off of the seashore and cast them towards the horizon, a ship was emerging from the ocean.

Turns out that the ship, known as Atlantus, was made with concrete back in World War I, because of a steel shortage. It did sail for a year before being decommissioned in 1920. When the Atlantus was being towed to be a part of a new ferry service in Cape May, it ran aground in 1926 and has been hovering on the horizon ever since.

Cape May is a delightful destination of surprises. It’s one of the best birding destinations in the Western Hemisphere, with more than one million migrating birds each spring. Fabulous antique shopping can be enjoyed before spending the afternoon at the Cape May Winery. Climb a World War II Lookout Tower before taking a short drive to the headquarters of the National Marble Championships. Take a sunrise stroll along the beach, or stay up after the sun goes down to entice the spirits on a ghost tour. Whatever you want to do, don’t rule out Cape May, New Jersey as only a Victorian-era town. 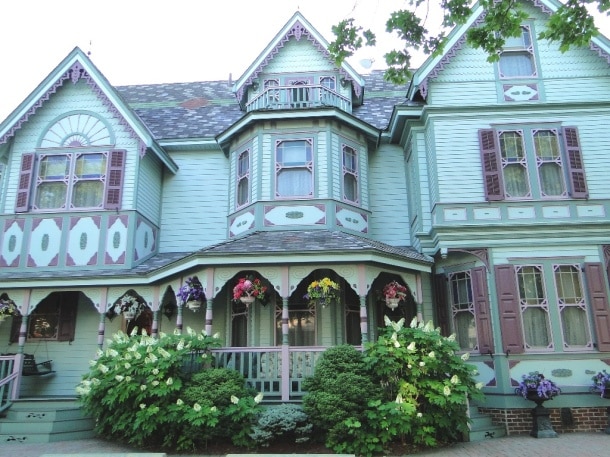 A trolley tour passes by dozens of "painted ladies" 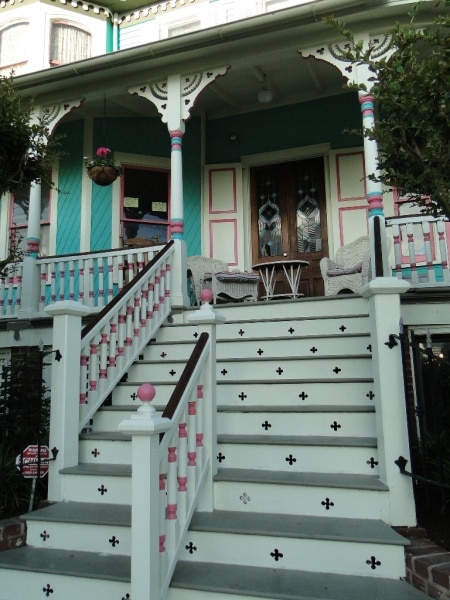 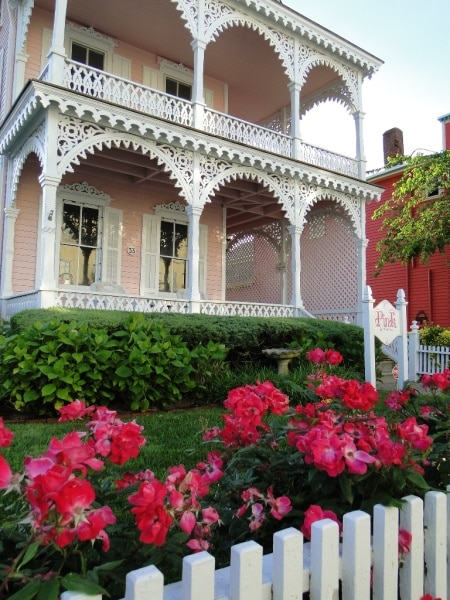 Victorian charm abounds throughout Cape May 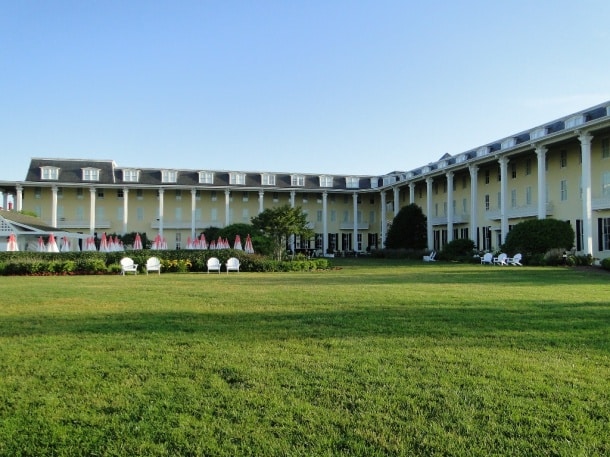 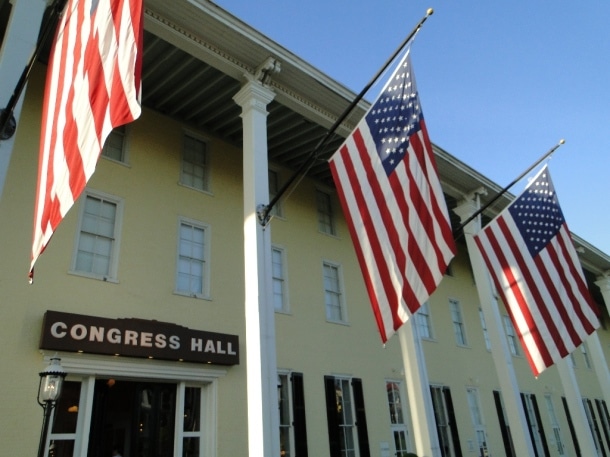 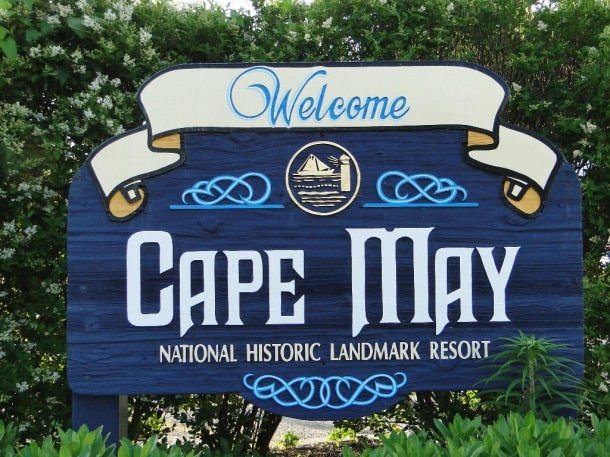 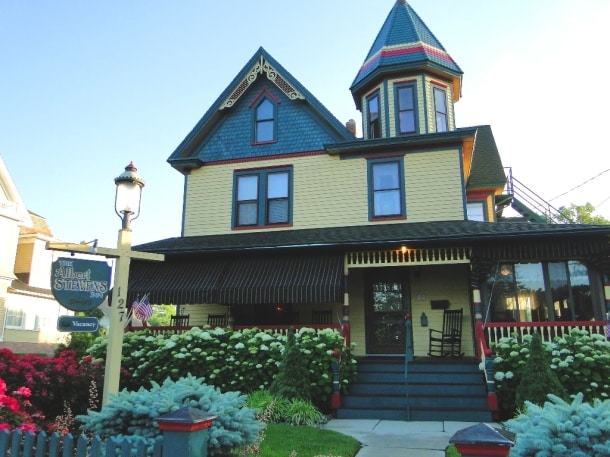 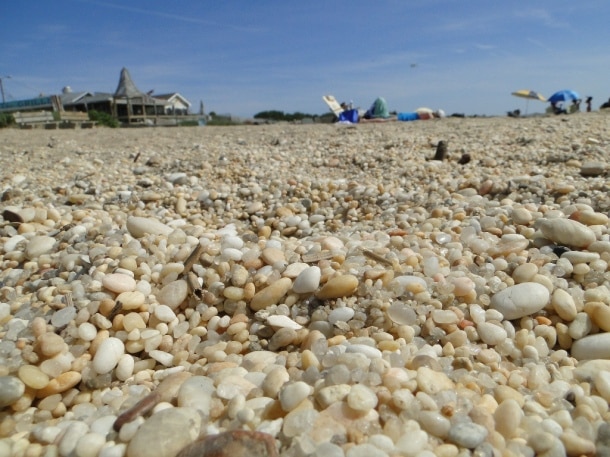 Cape May Diamonds can be found on Sunset Beach 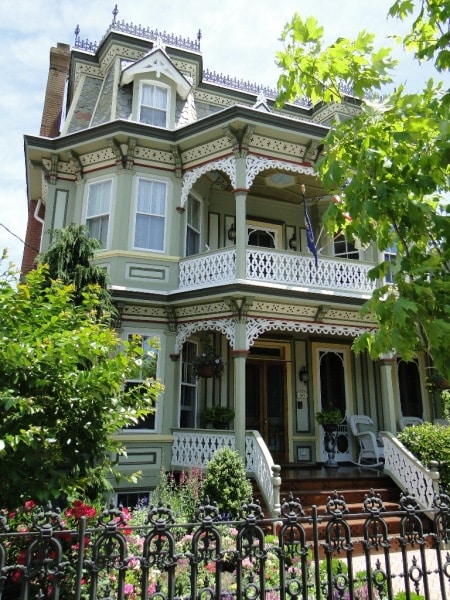 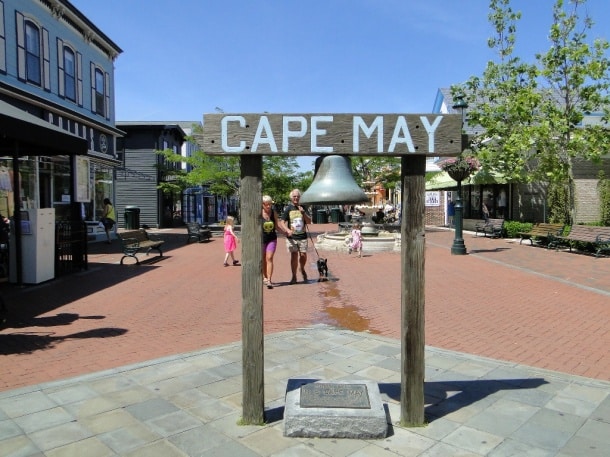 The shopping district of downtown Cape May 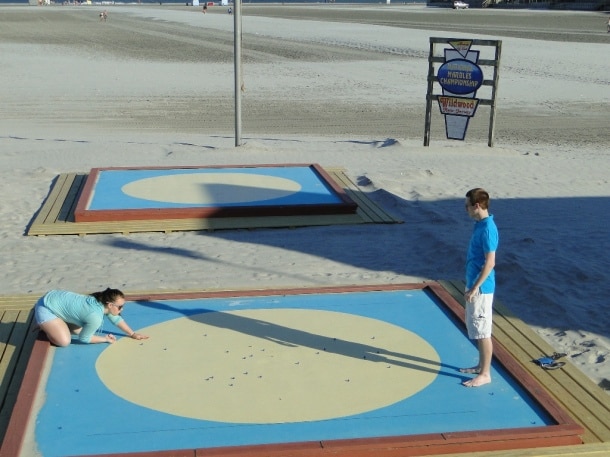 Site of the National Marble Championships