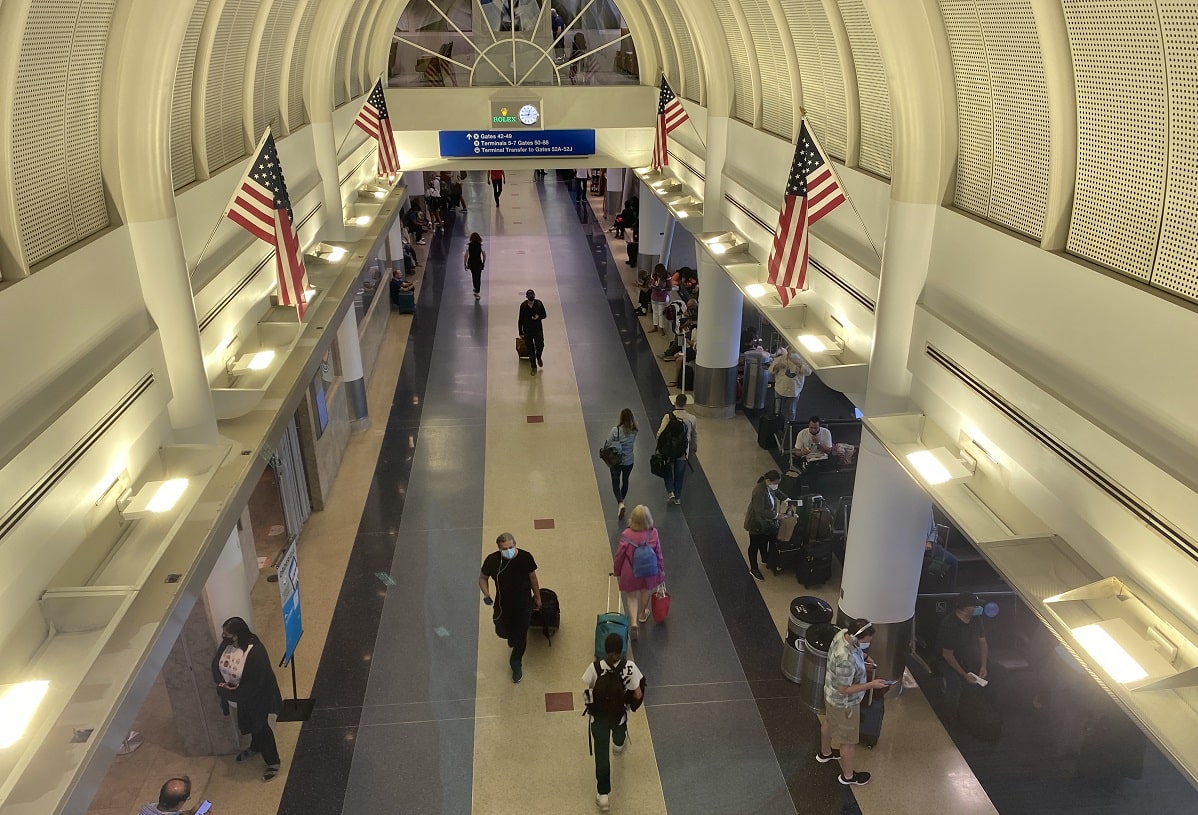 Chalk one up for the airlines. I have to tell you, I’m so sick and tired of reading about and seeing poorly mannered, entitled people travel that I’m happy to see airlines sticking up for what’s right.

Every day, I read the travel news and there’s always at least one story of a person misbehaving. I’ve encountered it myself on three of my last four flights. I’ve seen passengers who were so rude or worse.

The first one was when a passenger sitting across the aisle from me on an LAX to Miami flight kept pulling his mask up every time the flight attendant walked by him and down again once the flight attendant had passed. He repeatedly coughed without covering his mouth and then picked his nose and ate it. Seriously, who the heck does this?

Second was on my flight back to L.A. with my dad. In the Miami airport, there were three young women in their late teens/early twenties who everyone could hear almost got in a fight a hundred yards away. Then they came strolling through our gate area screaming profanities with their masks off and two little kids (around four) following close behind.

I couldn’t keep my mouth shut so I yelled at them to watch their language around little kids. That’s when another woman said, “Those are my kids!” So I said, “What a great role model you are.” She then started calling me a white man and some obscenities but kept walking. When they reached the end of the E Gates, they made their way back, still screaming at the world and at me and anyone who looked at them. Not one MIA or AA employee said a word. It was like they’re used to it.

The third was when my wife and kids flew New York to L.A. in American’s swanky First Class and a passenger in front of us wouldn’t get off his phone before takeoff, even after the flight attendant asked him multiple times. He continued to talk for another minute like she wasn’t there and she was standing over him threatening to taxi back to the gate to boot him off. As she went to call the pilot he hung up but what a jerk. Is it that difficult not to be like this?

I realize a lot of people are full of pent-up stress from having their lives upended due to the pandemic but isn’t this the time we should all be so happy and thankful that we’re traveling again? It doesn’t seem like it and this woman in the video below is a prime example.

So this lady got kicked off the plane for calling an attendant “bitch”. He also told her “you’re ko longer allowed to fly with American. I suggest you try Spirit” 😂😂😂 pic.twitter.com/d8D4psClOt

According to KNX1070 radio: “An American Airlines gate agent is getting major props for standing up for a flight attendant while talking to a passenger who had just been booted from a Miami-bound flight at DFW Airport. According to the video, the flight attendant claimed, and was backed up by other passengers, that the passenger had called her ‘the B-word’ during a dispute over a mask. Viral video shows a masked supervisor advising the passenger that among other things, “you can find another carrier to fly. I’d suggest Spirit.”