VIDEO: Can You Believe People Actually Pay Someone to Do This to Them?

I was just doom scrolling through Twitter and came across a tweet from UberFacts that’s so outrageous that I had to share it. My first thought was that it’s totally crazy that anyone would pay for this. And my second thought was that I bet travelers would get a kick out of knowing this place exists. RELATED: Wild Video: The Craziest Thing You’ve Ever Seen on a California Freeway … And That’s Saying Something 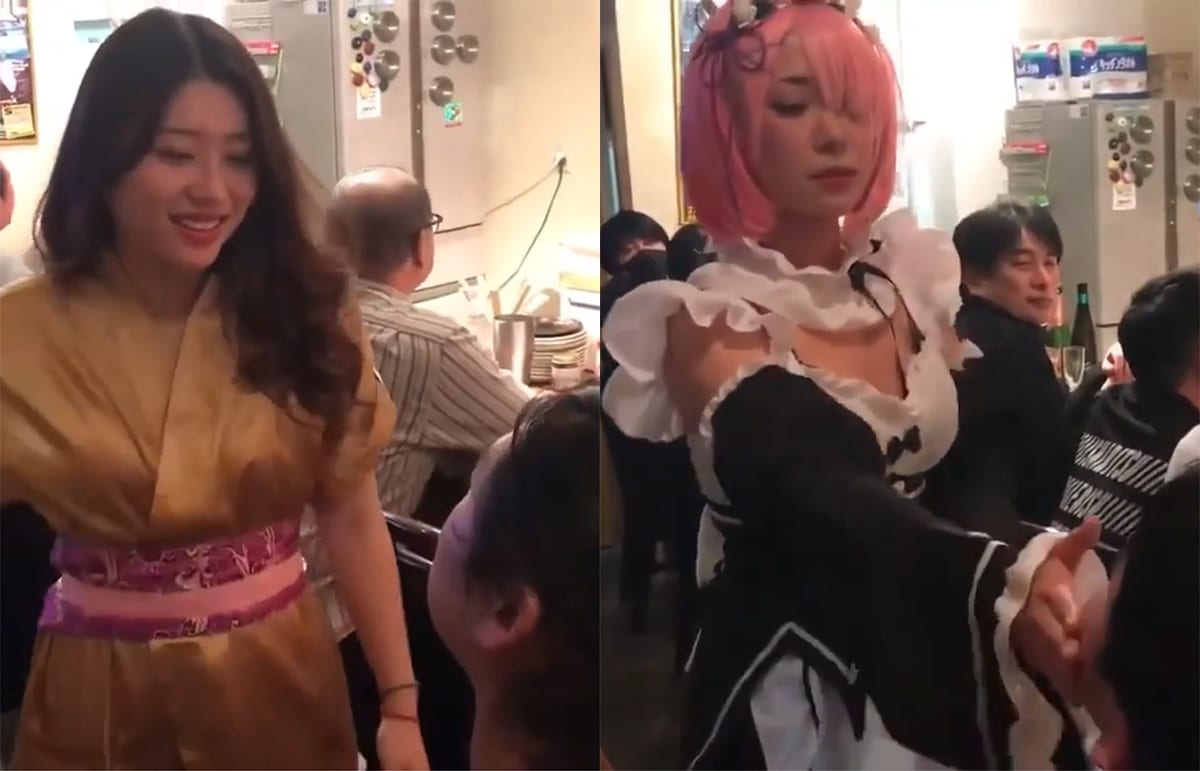 First of all, I’ve been to Japan a number of times and just love the Japanese culture. Japan is super clean, safe and everyone is so polite. Seriously. Just watch the bellmen who load the luggage on either the buses or trains at the airport and see what they do when either departs. They all bow. In fact, people bow so much, including news anchors, that I once found myself bowing back to them while alone watching the weather in my hotel room.

Another thing I love about Japan is their quirkiness. Take, for instance, the maid cafés. I’ve been to one before, back in 2012, and wrote: “Walking into the shop, I felt like we were in a Harold and Kumar movie or that I was tripping because it was fairly small and there were about eight 30-something guys playing video games by themselves or board games with the cute 20-something French maid workers. The maids spoke little English and it costs about $20 USD apiece for a drink, which comes with a Polaroid picture of one of the girls. You get to choose which maid and what kind of ears you want to wear and your pose that you all do up on stage. As you can see from my photo below, I went with a heart while my friend Hiroshi did the cat. Afterwards, the girls take their time decorating the photos and they were in their own little world having fun doing it. You can only use cash (YEN) and no pictures from your camera or phone are allowed.” 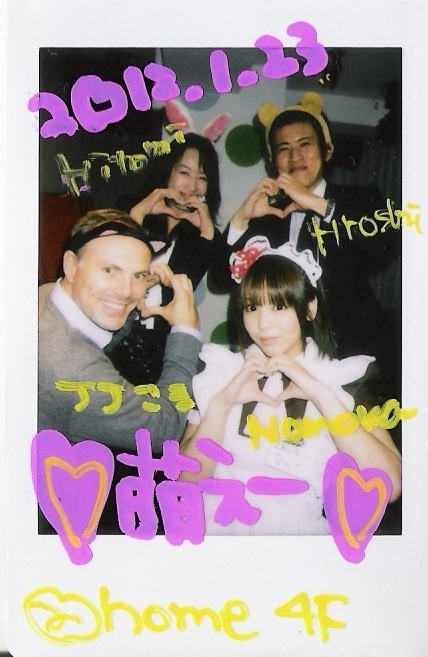 Anyhow, the tweet below from UberFacts was about a maid café and their caption was: “You can pay to have waitresses slap you at a Japanese maid café.”

You can pay to have waitresses slap you at a Japanese maid cafe pic.twitter.com/Knig2suOTh

Wait, what? As you can see in the video below, a number of people have paid to get slapped and what’s even funnier is that some of those involved bowed after getting slapped or doing the slapping. And what I find especially hilarious is that when other customers either hear or see someone getting slapped, they all clap.

The UberFacts video was too short so I found the original video, which was much longer, funnier and more shocking. Watch the video below:

I’ve never been to a maid café where you can pay someone to slap you and I probably wouldn’t pay for it. Heck, I’m pretty sure I could get my wife to do this for free at home.

However, I would love to witness it and could possibly be coerced into doing it if we recorded it for a good laugh on social. How about you? Have you been? Would you go? Would you pay to get slapped?