Fifty years ago this week, on July 20, 1969, man walked on the moon for the first time in human history. The Apollo 11 crew departed on July 16 of that year on the mission mandated by President Kennedy. It was obviously a special time for the United States of America and the world, but it was also a special for me. You see, my christening was on July 20, 1969, the day of the landing. My parents later said that it was pouring rain in Norwalk, Connecticut, that day, and that everyone at the christening party was gathered around their small black-and-white televisions.

I heard about the christening party many times growing up. But I’d never really watched (or at least remembered) the clips from that watershed moment until I watched the CBS News feature (above) on it. I didn’t realize that 650 million people tuned into watch Neil Armstrong and Edwin “Buzz” Aldrin take those first steps while Apollo 11 command module pilot Michael Collins was still in orbit. Buzz and Neil were on the moon for two hours and 31 minutes.

In 11 minutes, the CBS News piece on Apollo 11 shares the details of the mission as told by the people who lived it. For example, the men returned to Earth from the moon in just under three days. They splashed down in the Pacific and were quarantined for three weeks. The astronauts then went off on an around-the-world trip on which they were greeted with a hero’s welcome. In the piece, Michael Collins says he was flabbergasted because he thought people would congratulate the Americans. Instead he heard, “We did it,” from people everywhere. Amazing, eh?

There’s much more that that in this CBS News piece on Apollo 11. If you ask me, it’s worth watching! 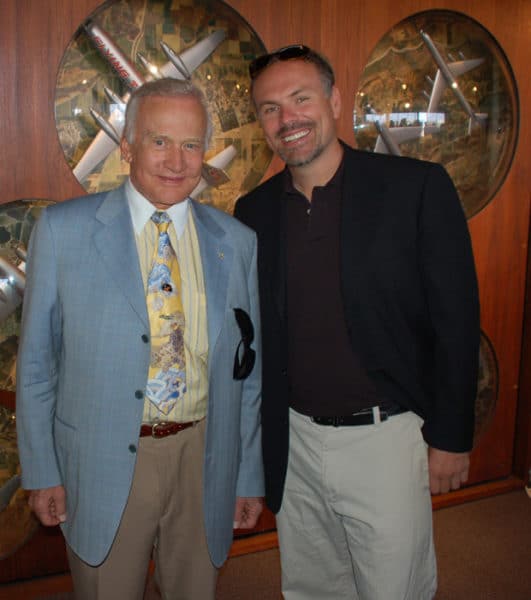 I’ve been fortunate to meet Buzz Aldrin a couple of times in my life, including on a special Emirates A380 flight. Here’s how it went down: While taking a quick snack break, I noticed a well-dressed man taking a picture with a reluctant young kid. I overheard the mother ask the boy, “Do you realize how famous this man is?” I whispered to one of my friends, “Who’s the famous man?” When I heard that it was Buzz Aldrin, I almost spit out my egg-cheese-and-tomato croissant.

When the moment was right I approached him, introduced myself and said, “Mr. Aldrin, I know my mom would be upset if I didn’t tell you that the night you landed on the moon was the night of my christening party in Connecticut.” I told him that I’d heard about it so many times growing up, about how the weather was terrible and everyone was gathered around our TV to see history in the making. He looked at me like he’d heard it a thousand times before, but he was still gracious. 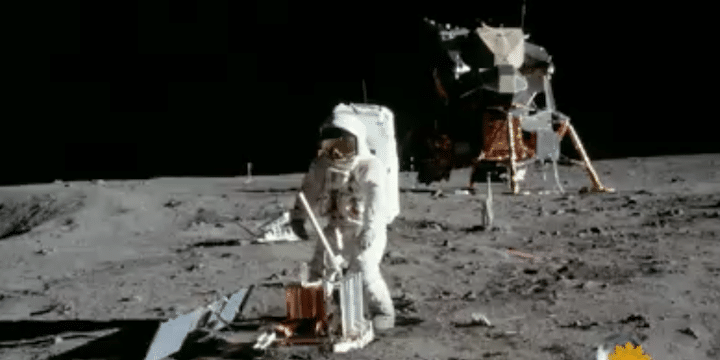