Video: Cops Pull Over a Driverless Car in San Francisco and it’s Hilarious 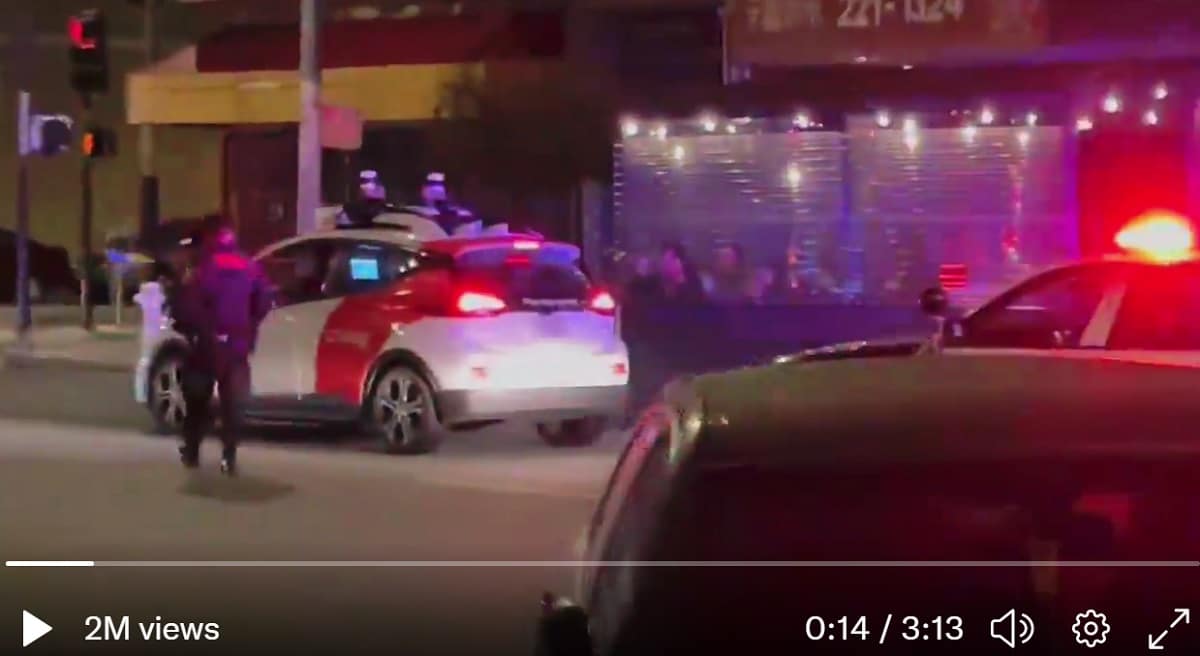 This weekend, Twitter user Seth Weintraub posted a unique video with the caption: “Welcome to the future. Cop pulls over driverless car (because no lights?) Then Cruise goes on the lamb.”

Welcome to the future. Cop pulls over driverless car (because no lights?) Then Cruise goes on the lamb. (via https://t.co/mtmsIeOAUP) pic.twitter.com/ecQ5xXuSnS

The three-minute video is pretty amazing as it shows a police car pulled up behind a GM Cruise-converted Chevy Bolt driverless car. It shows a cautious officer walking slowly up to the driver’s side window but is seemingly puzzled when there’s no one in the car – not even a driver.

After a quick inspection, and as the officer is walking back to his patrol car, the Chevy appears to bolt, which really must have messed with the cop. According to a reply on Twitter by Cruise: “Our AV yielded to the police vehicle, then pulled over to the nearest safe location for the traffic stop, as intended. An officer contacted Cruise personnel and no citation was issued.” They also stated: “We work closely with the SFPD on how to interact with our vehicles, including a dedicated phone number for them to call in situations like this.”

We work closely with the SFPD on how to interact with our vehicles, including a dedicated phone number for them to call in situations like this.

According to the Morning Brew: “Scenarios like this are going to become a lot more common for San Franciscans. Cruise opened up a small-scale autonomous robotaxi service in the city on Feb. 1, and Alphabet’s Waymo began offering SF residents nighttime rides a few weeks ago.”

This is some serious 21st century stuff, isn’t it?