VIDEO: Out of Control Passenger Flips Her Lid at Check-in Counter

You know, one might have thought that after the mask mandate was dropped, the craziness at airports would have stopped. But sadly, it hasn’t and it’s not just a problem in the United States. I curate the travel news every day for my free newsletter (sign up here) and it amazes me that these incidents are happening all over the world. Do people not realize they’re going to get arrested, most likely lose their job and possibly some relationships? RELATED: Shocking Video Shows Passenger Punch American Airlines Flight Attendant in the Back of the Head 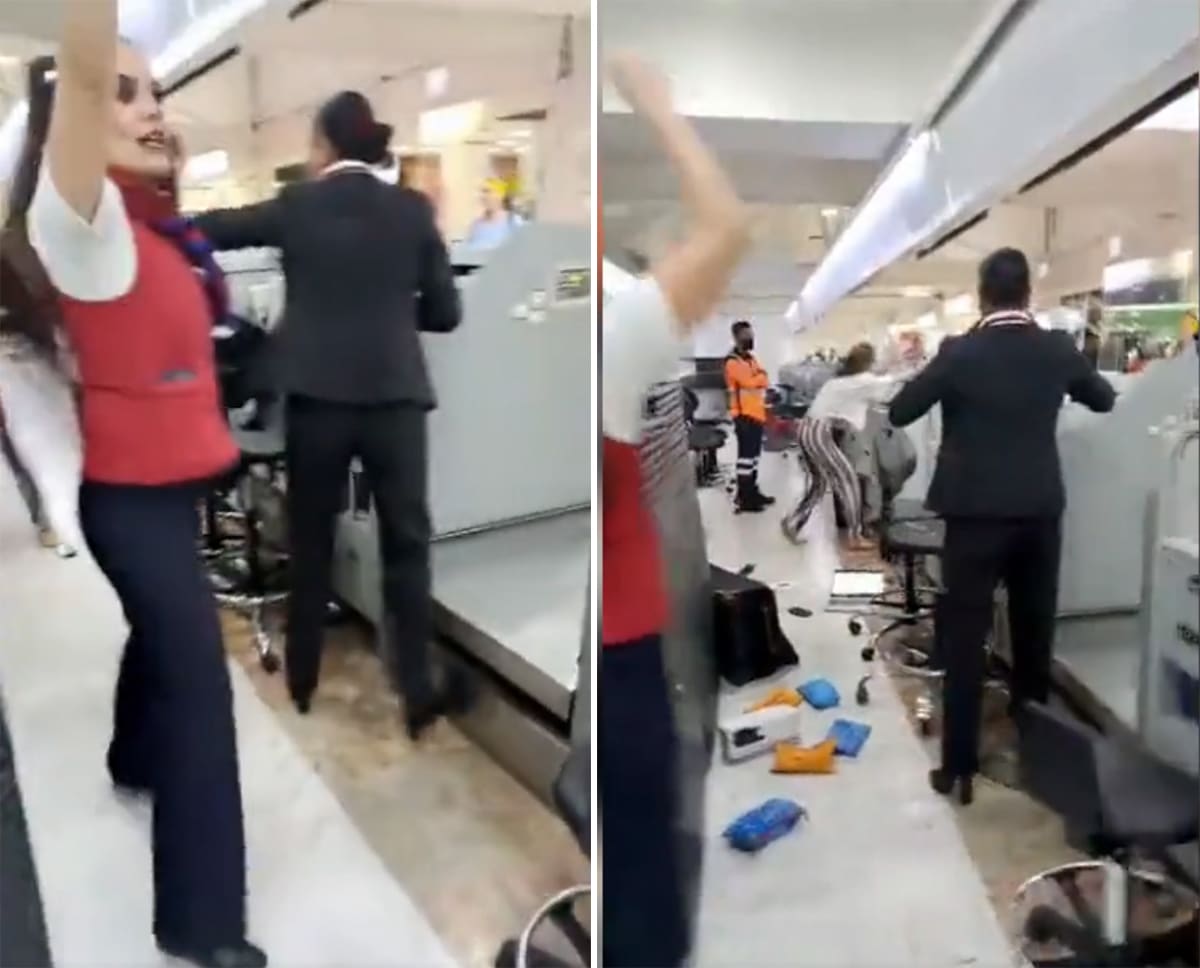 The latest comes from Mexico and thanks to a 15-second video posted to Twitter (see embedded video below), we get the gist of the incident. It turns out, a female passenger flipped her lid at the Emirates Airlines check-in counter in Mexico City. The out-of-control passenger can be seen throwing luggage bins, hitting the agent and running around like a Tasmanian devil on crack, the whole time screaming something indecipherable. You can clearly hear the Emirates agent yell for security.

A female passenger attacked Emirates airline personnel at the Mexico City International Airport (AICM). The passenger had allegedly missed her flight to Qatar and was in an inebriated state. #Mexico #Crime pic.twitter.com/ZgQxURPAqv

There’s a lot to unpack here so let’s take it step by step: First, this woman showed up to the airport late after the check-in cut-off. I literally just wrote about this two days ago when an Emmy award-winning actress and three million mile flyer on Delta was denied boarding for showing up four minutes late. Here’s that wild story and video.

In short, airlines have these rules in place for a reason. As I wrote in the story two days ago, it’s not easy to wrangle my kids to get them to school on time so imagine what it’s like trying to load hundreds of passengers and bags onto a flight? Don’t be late to the airport.

Secondly, no airline is going to let you fly with an expired passport. Why? Because they will be fined tens of thousands of dollars by the country’s government and they will be responsible for flying that person back to where they came from at their own expense. That’s why airlines are vigilant and thorough when checking passports.

TIP: If you’re planning an international trip, go find your passport right now and check the expiration date. If it’s expiring within six months, some countries won’t allow you in, even if you’re just going for a day. So double check and be prepared. Here are 11 more passport tips that can save you a lot of time, money and headaches.

And lastly, the tweet above says that the woman had allegedly missed her flight to Qatar and was in an inebriated state. I’m not entirely sure how reliable that information is because that flight would have been headed to Dubai, not Qatar. But if she was drunk, it explains a lot and it’s another big no-no. Most air rage incidents involve alcohol, so if you want to avoid problems, it’s probably best to lay off the bottle. And let’s be honest … No one wants to be this guy: Drunk Passenger on American Airlines Throws Up on Seatmates in First Class

3 Comments On "VIDEO: Out of Control Passenger Flips Her Lid at Check-in Counter"