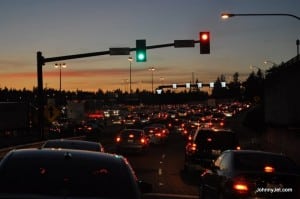 I’ve taken the wrong car rental twice–both times because the hotel valet handed me the wrong keys–but this was the first time I ever jumped in the wrong limo. Expedia arranged car services for all of the bloggers they flew in to Seattle, and as instructed, I called the driver when I walked outside to tell him which door number I was standing in front of. He said in a thick accent that a black town car would be there in a minute. A few minutes later, a black town car pulled up, the young white driver came out and opened the trunk, and I said “John” and he said “yes.” He put my stuff in the trunk and we were off. The first thing I said to him was that I was sure he was Indian, and he said that was weird. Then I said thanks for getting me earlier than originally scheduled, and he said no problem. Long story short, it turned out he was supposed to pick up a passenger from L.A. who also changed his flight to the earlier one, and I was in the wrong limo! The driver’s name was John, so that’s why he said yes when I said John. We were almost in Seattle when we realized the mistake, but my hotel was just a couple blocks from where he thought he was going. I had a bunch of missed calls on my cell phone from my scheduled driver, who was indeed Indian. When I told him the story he said this driver (John) was a thief and that we should turn around. I wasn’t going to turn around and John wasn’t a thief. In fact, he realized it was his mistake and didn’t even charge me (Expedia pre-paid the other company). I did tip him after we both had a good laugh about the whole incident. 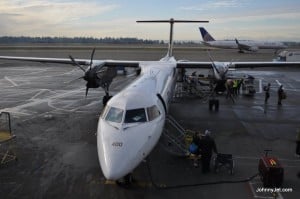 Hotel 1000, Seattle
When Expedia sent me my coupon code to book my flight and hotel, they suggested I stay at either Hotel 1000 or The Edgewater, since that’s where everyone else was staying. I chose Hotel 1000 since it was just named by Frommers.com as one of five tech-friendly hotels. I thought it was pretty cool that “the staff ‘rings’ a silent doorbell to your room and it triggers an infrared scan to gauge whether the room is currently occupied.” After I checked in, I dropped my bags off with the bellman, who delivered them to my room while I walked four blocks up to The Diller Room to meet a bunch of friends. BTW: When you check in at Hotel 1000, they ask if you want a DVD player, coffeemaker, or mini-fridge brought to your room free of charge. That’s pretty cool. I also loved the fact that Wi-Fi and use of the business center are completely free.

Hotel 1000 is in a great central location just a few blocks from Pike Place Market. They have a friendly staff (the bellman handed me my seat belt when I got in the car to leave), a fine restaurant, and most important, really comfortable rooms with a huge flat-screen TV, soft sheets, and perfect pillows. The bathroom and shower comes with oversize containers (you can’t take them home) of Molton Brown toiletries. The shower has a rainforest head and a handheld on separate piping so you can have water coming out of both at the same time. One morning I accidentally had the handheld set on cold, so it was quite the sensation to have hot and cold water spraying me at the same time. Half my body woke up.

Oh and the coolest thing about Hotel 1000 is they have a snow machine that blows bubbles that you would swear are snowflakes. So when you are sitting in the lobby by the fireplace it really creates a cozy wintry atmosphere even when it’s bright and sunny. Related: Seattle’s 10-day weather forecast. 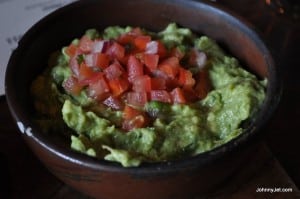 Barrio Restaurant
Our day with Expedia began at a hosted lunch at Barrio (1420 12th Avenue, Seattle, WA). It’s supposedly Seattle’s best Mexican restaurant and it’s located in the Capitol Hill neighborhood. The food and setting were good, though the chips, guacamole, cheese quesadillas, chicken enchiladas, hot sauce, and smoked salt caramels with ancho chile for dessert didn’t mix well in my stomach. We’ll leave it at that. However, I must say that I told one of the bloggers sitting next to me in the van that “the smoked salt caramels were too much of a party in my mouth” and she said, “I can handle a party in my mouth.” How funny is that?

Expedia Headquarters
Expedia’s headquarters are located in Bellevue, Washington, about a 25-minute drive from downtown Seattle. If Bellevue sounds familiar, it might be because it’s where Bill Gates lives. And on a sunny day you can see why one of the richest men in the world would choose a suburb of Seattle: it’s absolutely stunning. Our main purpose for being there was to meet Expedia’s new president, Scott Durchslag, and the rest of his fine team. I wasn’t expecting too much from them, but in short, they were impressive. For starters they admitted they haven’t been doing a good job with social media or connecting with the travel-blogger community, which is why they decided to have their first media day. They touched upon a bunch of subjects, but since I was more focused on controlling my stomach, I’m linking to the other bloggers’ stories (below). That way there’s no plagiarizing and I can go pack my bag for my trip in two hours. I do remember them saying they are going to start “throwing” money toward travel bloggers and they are bringing back the old Expedia DOT COM jingle in their commercials. Also Scott had the best answer when I asked him how he and his employees book their trips–do they go through a corporate travel agent? He said the first thing he did was fire their corporate travel agency and require everyone to book through Expedia.com, which I thought was so simple but brilliant.

Seattle Seahawks Monday Night Football Game
As a special treat Expedia rented out a luxury suite for us for the Seattle Seahawks Monday Night Football game against the St. Louis Rams. OK, the matchup was pretty pathetic, but it was an incredible experience to watch it from up there. It was the first time I was in a box since Super Bowl XLII when the Giants beat the Patriots. I forgot how much food, snacks, treats, and drinks they stock the boxes with. 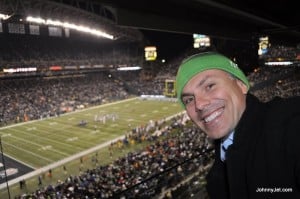 You can watch the game in regular-size stadium seats in the front of the suite or from the inside on a flat-screen TV. It’s a bit warmer inside but still chilly since the glass wall opens when the game starts. Almost all of us donned one of the Subway-sponsored 12th-man winter hats they provided for all fans. FYI: The stadium is beautifully designed and they made sure the acoustics point down to the center of the field to give the home team an edge, hence the fans’ nickname “the 12th man.” Afterward in the parking lot we met the ultimate Seattle Seahawks 12th man(s) – Mr. & Mrs. Seahawk. Pretty cool! The only thing I didn’t like about the stadium is that I couldn’t send any emails or tweets using my T-Mobile BlackBerry. That’s pretty pathetic, especially since T-Mobile is based in Bellevue, Washington.

Rick Steves
The next morning I had breakfast at Boka with some friends then drove 30 minutes to Edmonds, Washington, which is where Rick Steves is based. Rick has an incredible store where travelers can buy all sorts of travel supplies and meet with his company’s representatives to research upcoming European itineraries. 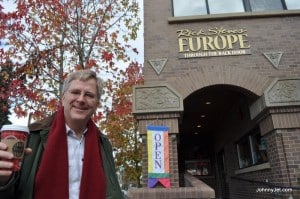 They can even use his guidebooks (and those of his competitors) or their free Wi-Fi. After taping my interview (it will air on NPR sometime in 2012), Rick walked me over to Tully’s to get some coffee (I got an Extreme Hot Cocoa), and on the way back a few Japanese tourists asked Rick to take a picture. I thought for sure they were asking him to be in the picture since he has a show on PBS, but they just wanted him to take a picture of them in front of a mural. It was pretty funny and Rick was excited to have tourists in Edmonds.

Seattle Airport
Then I was off to the SEA-TAC airport for my flight to Los Angeles. The driver Expedia supplied was much better than the one after the football game. They were both Ethiopian, but the one from the night before must have been fresh off the plane because he didn’t even know how to get to Queen Anne and Kerry Park for us to see the amazing picturesque views of Seattle. The day driver was a hundred times better and had a GPS, so I would hire him in a second (here’s his contact info ). The highlight of SEA-TAC besides its gorgeous views and plane spotting was meeting ex-coach and now ESPN commentator Jon Gruden at security. He was a really nice guy and told me lives in Tampa but was flying to San Francisco to meet his wife since that’s where his next game was. He also said he’s picking the Saints to win the Super Bowl. We’ll see. My heart is with the Giants.

Seattle to Los Angeles
The two-hour, 956-mile flight down to Los Angeles was easy as can be. Alaska Airlines does a really good job, and I love how friendly their agents and flight attendants are. When you board the plane the gate agent says each passenger’s first name: “Thanks, Johnny.” As I mentioned earlier, I also love their same-day flight changes for just $25. I also love how they let those who check their bags at the gate to board early with the MVPs (Alaska’s frequent fliers) and other partner-airline elite members (Delta and American are two of them).

Johnny Jet to Appear on The Travel Channel
Since I can’t leave off on a negative note, especially just before Christmas, here’s a shameless plug: Be sure to set your DVR reminders for January 1, 2012, at either 6 p.m. or 9 p.m. on the Travel Channel (check local listings). Our one-hour special is called “Hot Spots 2012.” You can also go to TravelChannel.com/Schedule and click the date and time to set a reminder email. Here’s the production company’s official press release on the show. Merry Christmas! 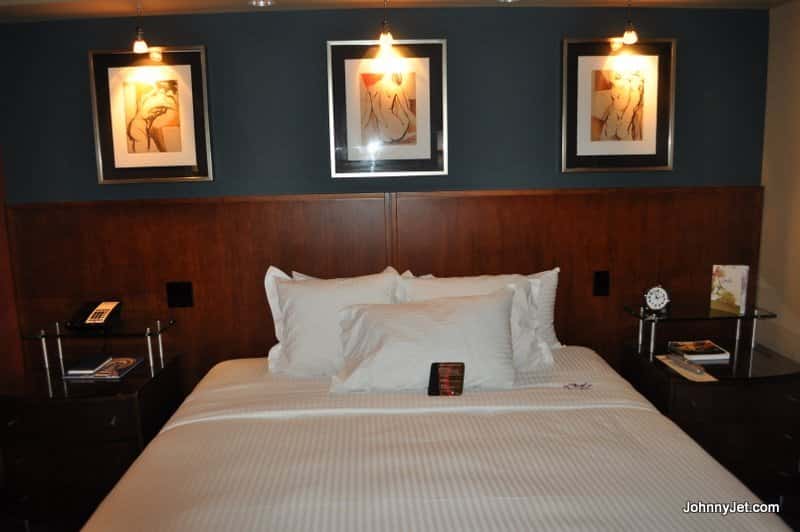 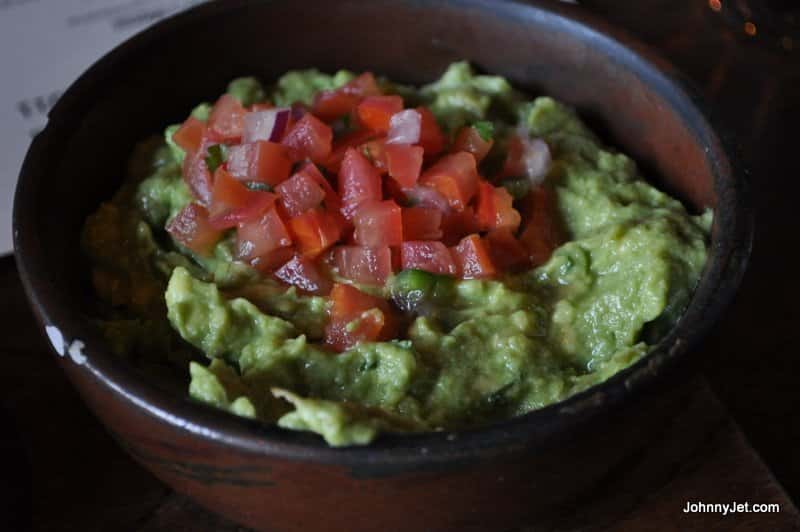 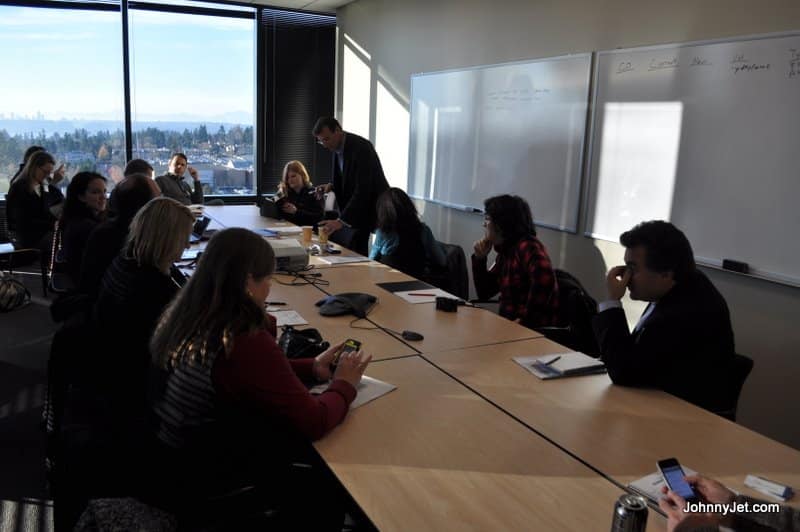 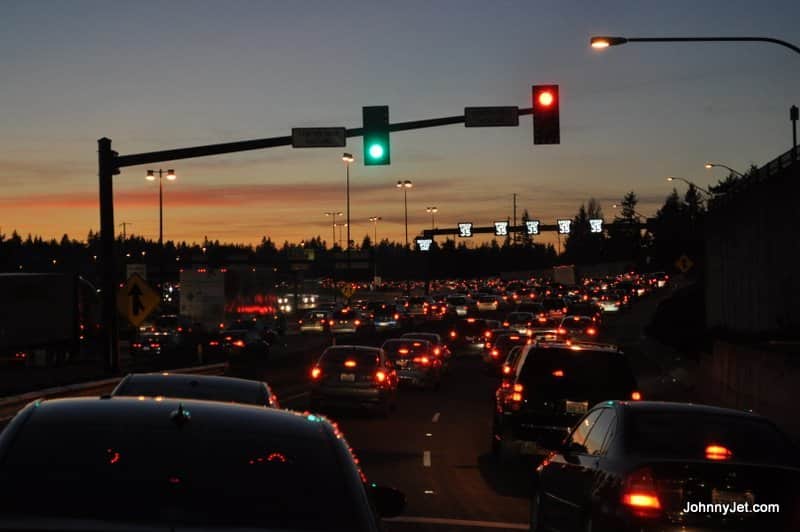 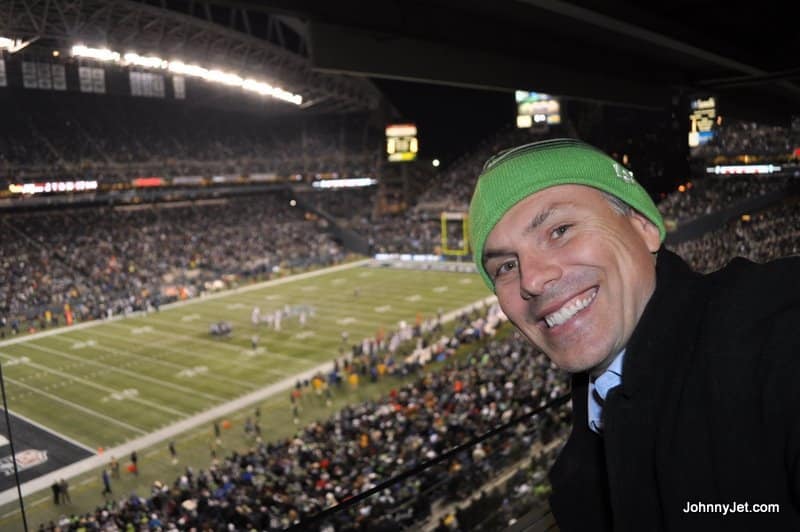 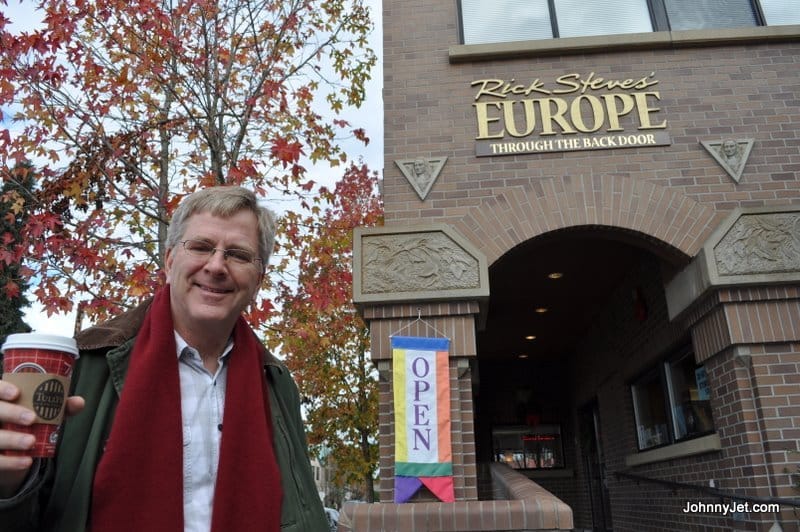 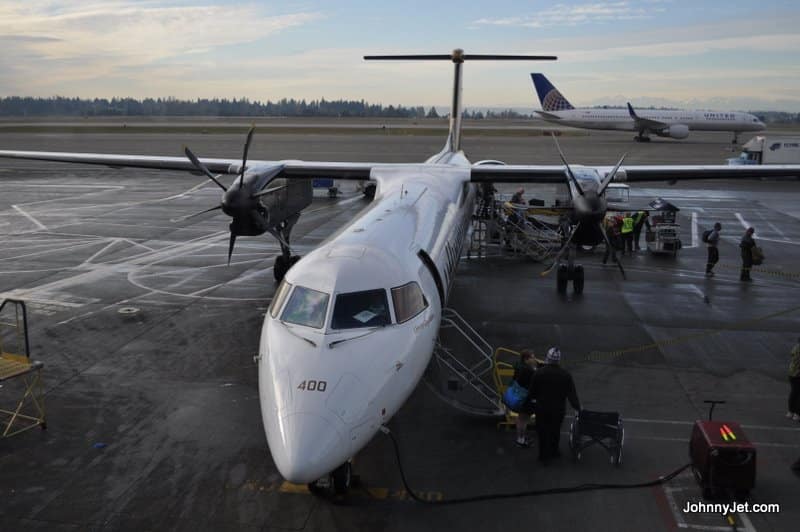 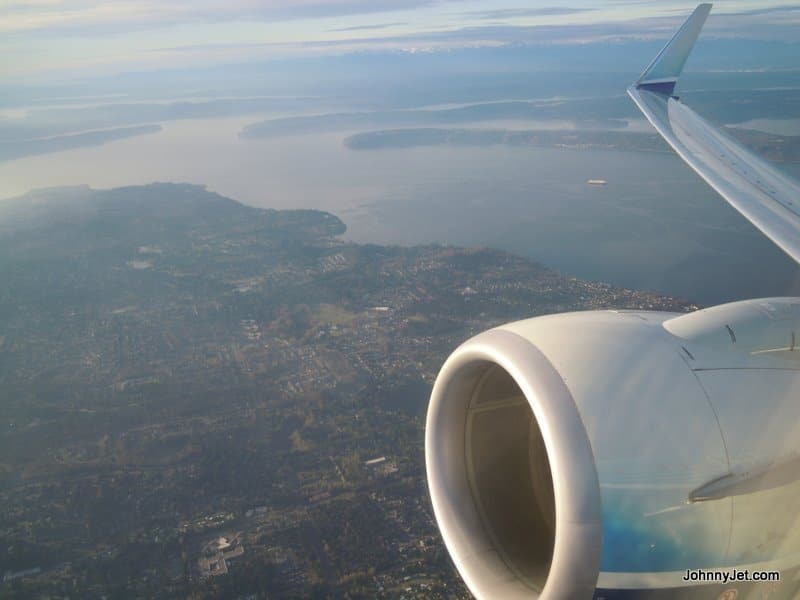